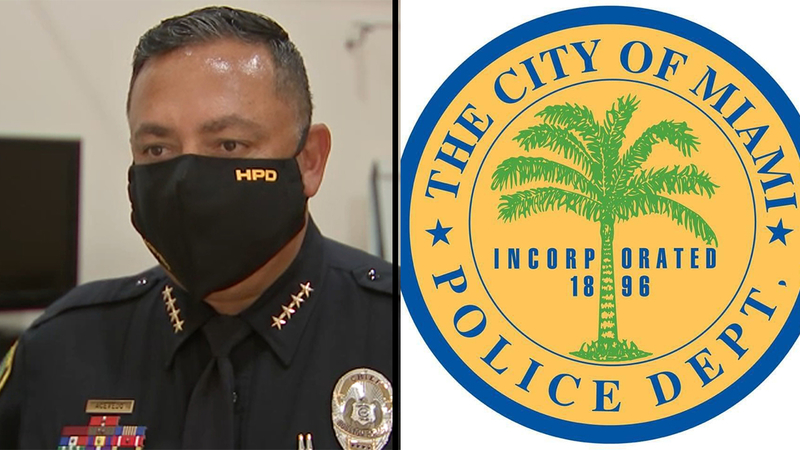 HOUSTON, Texas (KTRK) -- With the move to Miami, Art Acevedo will become the head of a police department that is much smaller than the Houston Police Department and has far less area to cover.

Acevedo is expected to be named the new police chief of Miami during a press conference in Florida at 9 a.m. Houston time.

The introduction will be streamed live in the video player above. You can also watch it from ABC13 on your favorite streaming devices, like Roku, FireTV, AppleTV and GoogleTV. Just search "ABC13 Houston."

That's not the only thing smaller about Miami. When it comes to the total number of sworn officers and civilians, Houston dwarfs the Florida city.

Acevedo was in charge of 5,257 officers on the force in Houston, with another 895 civilian employees at the department.

Miami has less than half that number of officers, just 1,300 and about 500 civilian employees.

However, Miami reports less crimes per capita than Houston does.

Houston is considered to have one of the highest crime rates in the nation with 56 crimes for every 1,000 residents.

I want to welcome Chief @ArtAcevedo as the new @miamipd Chief. I look forward to meeting with you and sharing my thoughts of the well-being and safety of our community.#Manolo4OneMiami #Miami pic.twitter.com/pOytH0xjEF

Miami has a history of hiring the chief of police from within the department, but this time they looked outside the department for its top cop.

"I'm sure whoever the new chief is going to be is going to take us to the next level," Miami's outgoing chief, Jorge Colina, said in his announcement that he was leaving.

Colina served on the Miami Police Department for 30 years.

HPD Chief Art Acevedo went on ABC's 'The View' to talk about police reform and better policing. Watch the video above to listen to the main points he went over.