Bill Gates, Justin Timberlake, Martha Stewart and others do the Ice Bucket Challenge 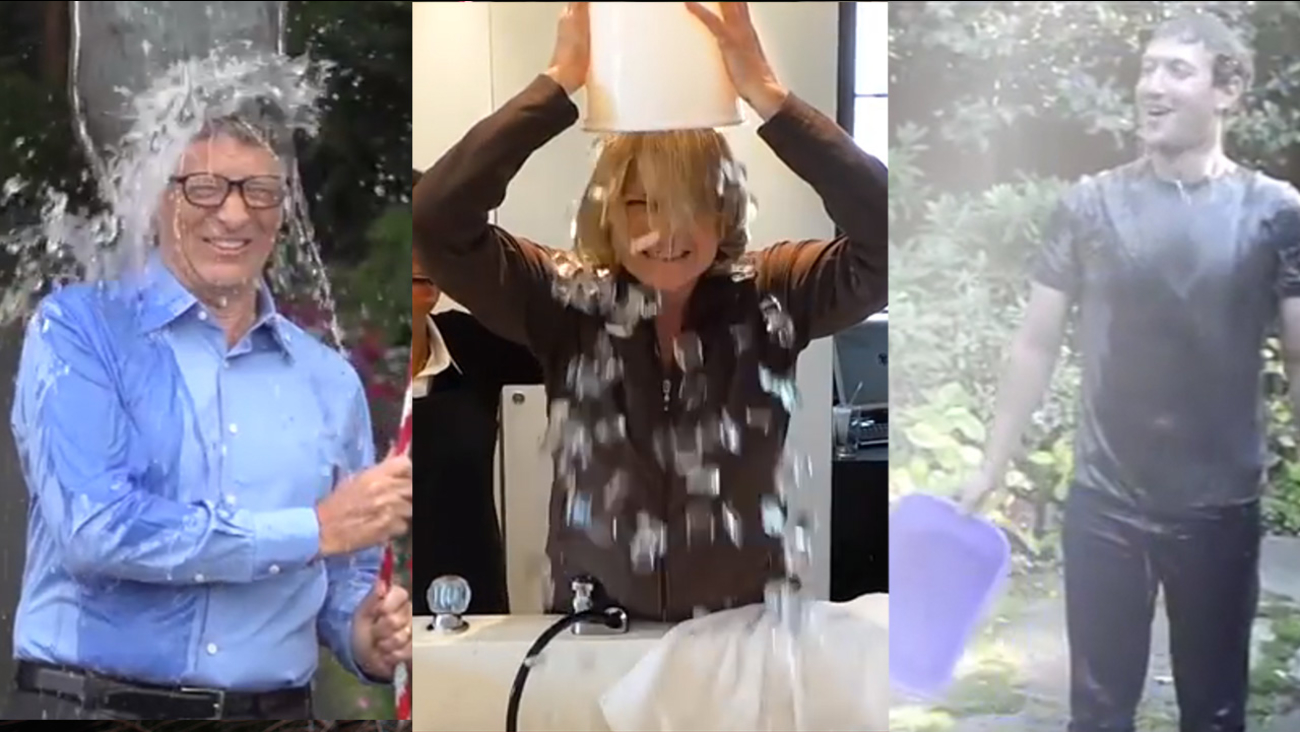 Chances are if you've logged into Facebook for just five minutes over the past week, you've seen the viral video sensation known as the ALS Ice Bucket challenge. In these videos, participants nominate their friends to either perform the challenge or donate $100 to ALS research. The purpose of these videos are to spread awareness about ALS (commonly known as Lou Gehrig's disease), and so far the challenge has been incredibly successful.

According to the ALS Association, ALS donations from the period of July 29th to August 12th, the period when the craze came about, was $4 million dollars. In 2013, donations during that same time period were at $1.12 million, or $2.88 million less than 2014. Since July 29, the ALS reports that it has received more than 70,000 new donors.

New Jersey Governor Chris Christie took the challenge and then sent out a nomination to Facebook founder Mark Zuckerberg.


Here you can see Mark Zuckerberg not backing down to Christie, and putting in a nomination for another tech guru, Bill Gates.


Learn more about ALS at the link below.
ALS Association