WTVD
WALTERBORO, South Carolina -- A community has rallied behind a cancer survivor who said he was told to cover his face while at a restaurant in South Carolina.

Kirby Evans said he's a regular at Forks Pit stop in Walterboro, but when he went to eat there on Monday, he was caught off guard.

"I felt somebody reach up and grab me like this and jerk me in her office," Evans said.

Evans lost his nose and his eye during a battle with cancer, which he won. He said the employee's demands were downright hurtful.

"It hurt deep inside. I had never been treated like that. Never," he said.

Shortly after the incident occurred on Monday, Evans' daughter Brandy posted about it on Facebook, and it went viral.

"It's really made me proud to watch everybody rally around him and let him know that he doesn't have to hide his battle scars," Brandy said.

Brandy also said that the employee involved commented on the post, saying the following:

"I IN NO WAY TRIED TO HURT YOUR FATHER" and "I HAD NO CHOICE! IT WAS RUNNING MY CUSTOMERS OFF."

The incident even caused one of the employees at the restaurant to resign.

"This right here is my resignation. I'm fed up with this place," said Forks employee Brandy Harley.

Luckily, Kirby Evans isn't focused as much on the incident as he is on how supportive the rest of his community has been.

"I'm telling you what, I didn't know there were that many people that cared but there are. They're out there everywhere," he said.
Report a correction or typo
Related topics:
societysouth carolinahead and neck canceru.s. & worldcancer
Copyright © 2020 WTVD-TV. All Rights Reserved.
CANCER 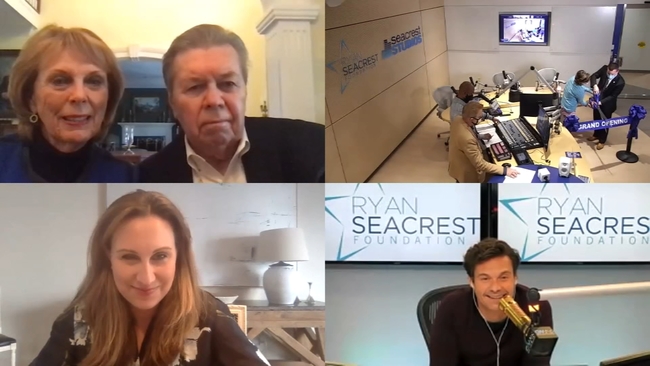