MONTGOMERY, Texas (KTRK) -- Samantha Parton, who now goes by her husband's last name Grant, locked arms with her dad's best friend as she walked down a gravel sidewalk.

Her fiance, Dylan Grant, was waiting patiently next to a large tree, with drapery hanging from it.

"Do you take Samantha Parton to be your wife, to laugh with her and occasionally at her, support her through life's toughest moments?" said the couple's best friend, who officiated their intimate outdoor wedding on April 3.

"I do," Grant said. Then, it was Samantha's turn. She promised to do the same.

As the two exchanged rings, their maid of honor and best man, Dylan's parents and Samantha's close family friends watched from a distance.

Both of Samantha's parents died when she was younger, and it was important for the couple that they get married while Dylan's sick grandmother could attend.

When the COVID-19 pandemic and stay-at-home orders forced the couple to cancel their April 3 wedding at The Springs venue in Montgomery, they held the ceremony in Dylan's grandmother's backyard.

"It meant a lot that she could be there for that special moment during all this craziness going on," said Dylan, a Houston firefighter. "She was really worried that she wasn't going to be able to make it to her grandson's wedding, and then she ended up making it. So she watched from a pretty far distance, but she was able to see it." 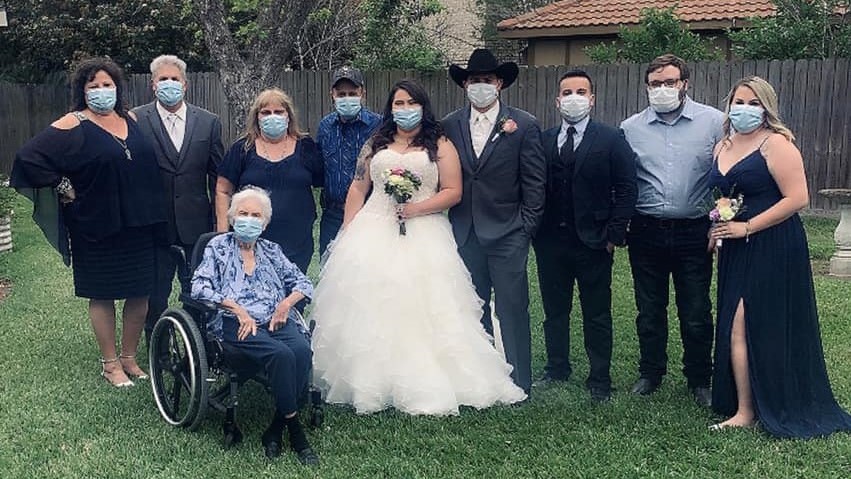 Samantha and Dylan Grant got married in Dylan's grandmother's backyard on April 3 in Montgomery.

The newlywed's excitement was soon overshadowed by the news that the $6,050 they spent to reserve the wedding venue at Lake Conroe wouldn't be refunded.

"We made the hard determination that we could not sustain offering refunds. This decision was not taken lightly. However, ultimately, we faced the grim reality that if we offered refunds, our business could be forced to shut its doors," The Springs said in a statement to 13 Investigates. "We lament the impact this has on some clients, especially those clients who anticipated a blissful spring wedding. We are saddened by how devastating this has been to their plans and empathize with them as they make their own hard decisions; however, hundreds of future clients along with our team members want and need our doors to stay open."

13 Investigates spoke with six couples who had weddings scheduled this spring and early summer at one of The Springs' various locations in the Houston area. 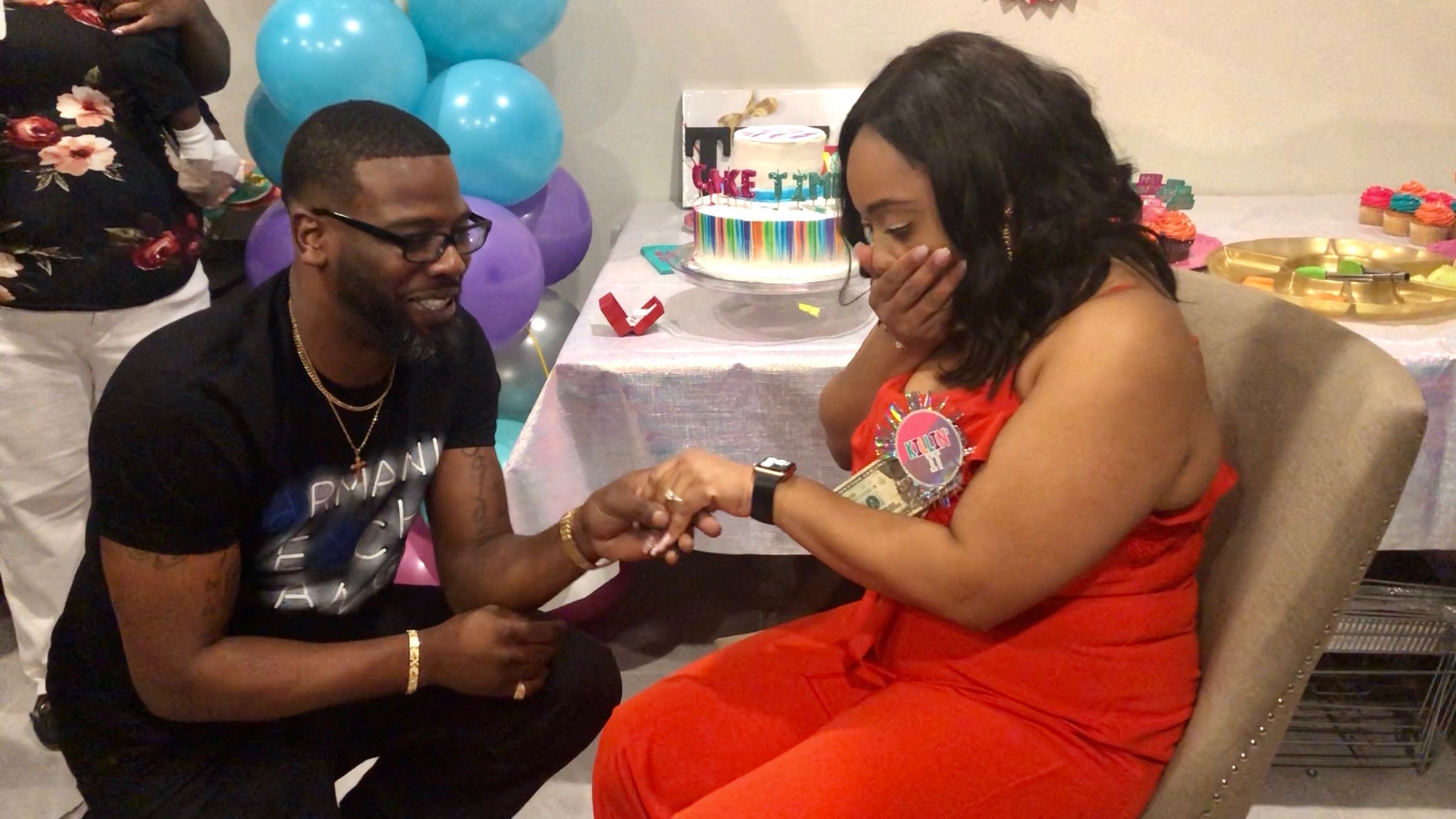 Tressa Harvey, of Rosharon, is supposed to get married on May 24 at The Springs' location in Angleton and is trying to get a refund. (Courtesy photo).

Tressa Harvey, of Rosharon, is supposed to get married on May 24 at The Springs' location in Angleton but said because businesses are still not operating at 100 percent capacity, she'd have to cut her guest list by more than half.

"We are not having an event," Harvey said. "We have a lot of family and friends that are part of the at-risk population, and we definitely do not want to put any of them at risk to come celebrate. I don't even feel safe being around that many people. I haven't been out of my house much."

With less than a week until what was supposed to be her big day, Harvey hopes she can come to a resolution.

13 Investigates reached out to general managers at The Springs venues in Conroe, Angleton and Wallisville, as well as the regional manager for the Houston area to ask about the concerns soon-to-be-brides shared with us. The venues declined to comment on specific individuals' events.

"We want to reiterate that our clients and their concerns have always been at the heart of our decisions," The Springs said in a statement.

Read the venue's full statement here.
But, Jessica Garcia said it's been a struggle from the beginning to get her event rescheduled, and, in the end, she's still out at least $2,000 that won't be refunded. 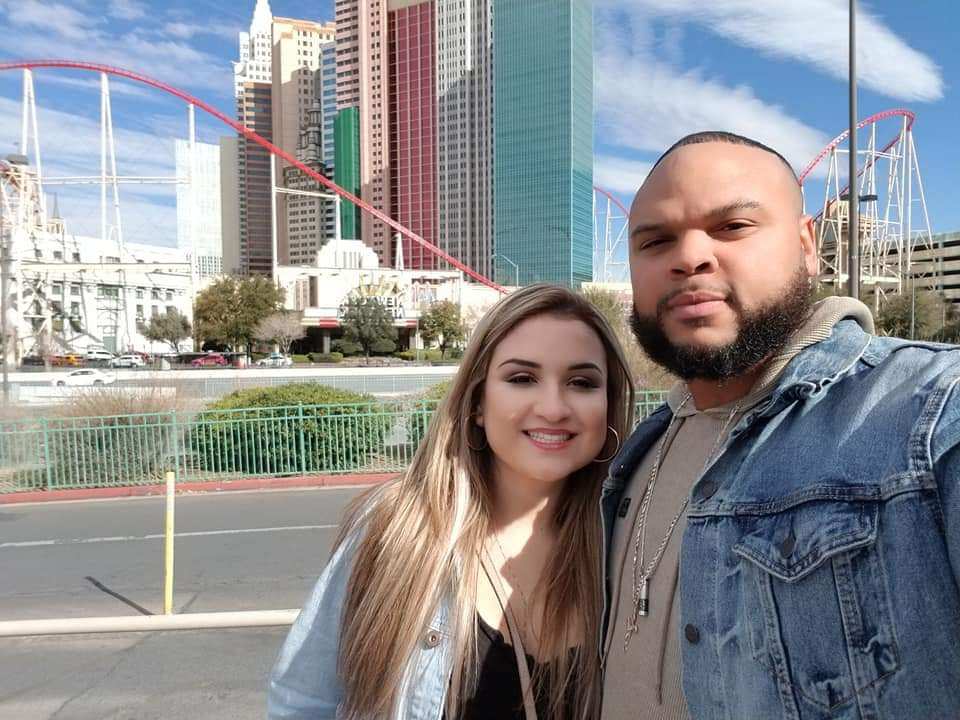 Jessica Garcia rescheduled her upcoming wedding from a Saturday in July to Sunday next year at one of The Springs' venues. (Courtesy photo)

Garcia said she was initially told she had to reschedule her Saturday, July 11 wedding to another date within the same calendar year--the only ones available were weekdays, which don't cost as much to reserve.

After 13 Investigates reached out to ask about the venue's policy, they let her reschedule her wedding to next year, Sunday, Feb. 7, 2021. But, the pricing information she received shows Sundays are cheaper, too.

"I paid $7,950," Garcia said. "If I wanted to save money in the first place, I would have chosen that date, but I wanted to get married on a Saturday, and I was willing to pay the extra to do that." 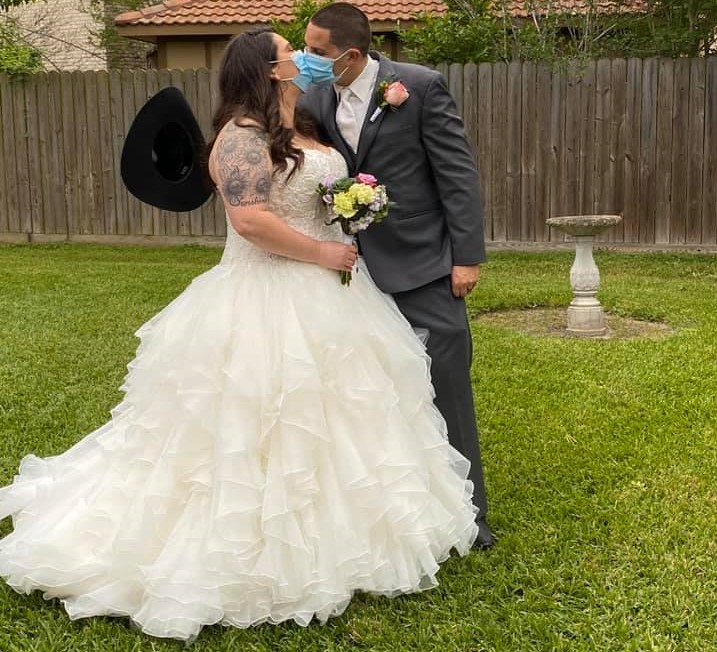 Samantha and Dylan Grant got married in Dylan's grandmother's backyard on April 3 in Montgomery. (Courtesy photo)

The Springs says it encourages clients to reach out to them directly with issues.

But, Samantha and Dylan's wedding day has come and gone. They'd rather get a refund than reschedule, and may pursue it in small claims court.

"You can't really recreate that special moment once it's done. It's hard to have the exact same feeling again, when you see your wife coming down the aisle for the first time,' Dylan said. "You can't really do it again because you've already done it."

Have a tip for Ted Oberg? A problem to solve? Get in touch with us on our tip page, or send a tip below. (On mobile? You can open our form by tapping here.)
Related topics:
societymontgomeryted oberg investigatessocietymarriageweddingswedding
Copyright © 2021 KTRK-TV. All Rights Reserved.
TED OBERG INVESTIGATES
13 Investigates increase in game-day crime near Astros ballpark
Houston denies benefits for firefighter who died of cancer
Texas appeals court rules Houston's Prop B is constitutional
Homeowners stop construction while Houston, GLO continue fight
TOP STORIES
13 Investigates increase in game-day crime near Astros ballpark
34-year-old now wanted in teen's road rage murder after Astros game
2 charged with aggravated sexual assault of child in Montgomery Co.
Storms moving away from Houston, more to come next week
DOJ sues TX over Abbott's order to pull over vehicles with migrants
Summer travel plans may look different for those hitting the road
Disney joins list of companies requiring vaccine for nonunion workers
Show More
HISD superintendent shakes things up ahead of new school year
Houstonians weigh in on Abbott's migrant transportation order
Man accused of killing wife and shooting her 2 kids in Katy area
Fully vaccinated woman dies in Galveston County
Sewage overflow getting too close for beachgoers' comfort
More TOP STORIES News