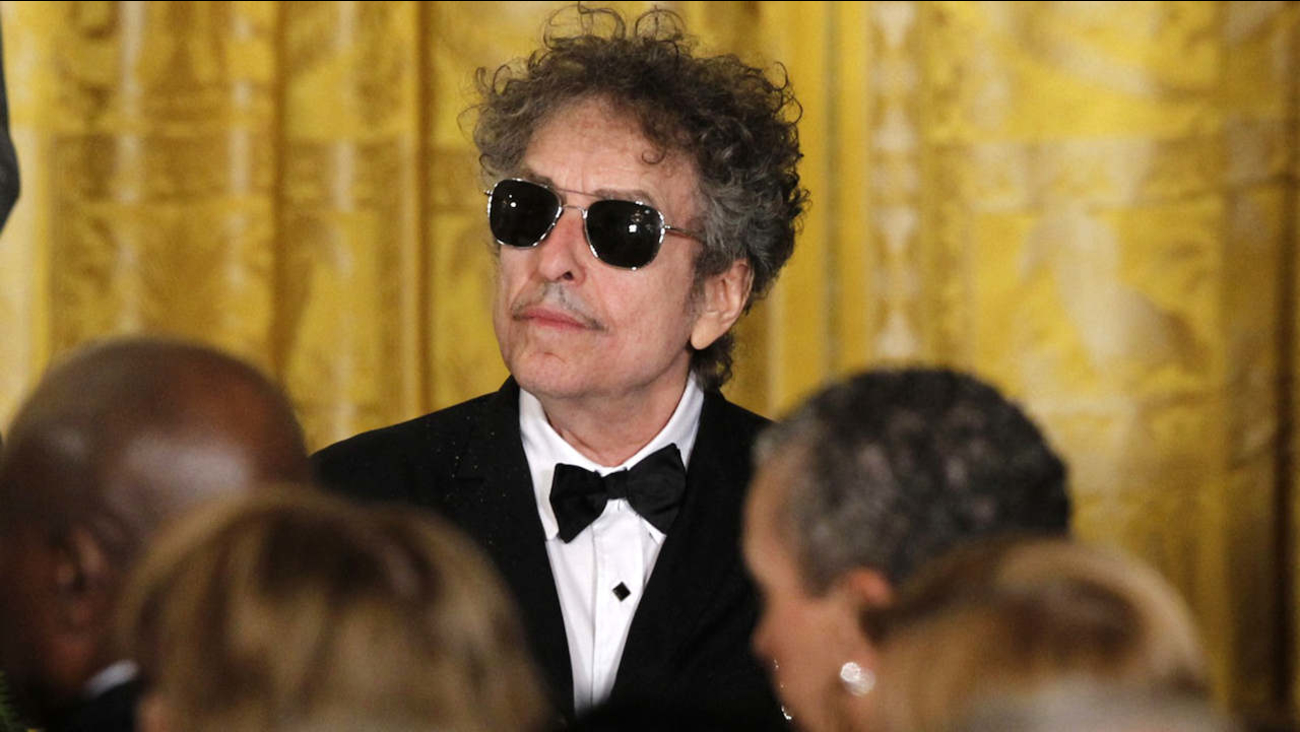 Rock legend Bob Dylan is seen at the White House in Washington, Tuesday, May 29, 2012, where President Barack Obama was to present Dylan with a Medal of Freedom. (AP Photo/Charles Dharapak)

Bob Dylan was named the winner of the 2016 Nobel Prize in literature Thursday in a stunning announcement that for the first time bestowed the prestigious award to someone primarily seen as a musician.

The Swedish Academy cited the American musician for "having created new poetic expressions within the great American song tradition."

Dylan had been mentioned in the Nobel speculation for years, but few experts expected the academy to extend the prestigious award to a genre such as pop music.

The literature award was the last of this year's Nobel Prizes to be announced. The six awards will be handed out on Dec. 10, the anniversary of prize founder Alfred Nobel's death in 1896.
Related topics:
societyentertainmentbooksnobel prizeu.s. & world
Copyright © 2021 by The Associated Press. All Rights Reserved.
More Videos
From CNN Newsource affiliates
TOP STORIES