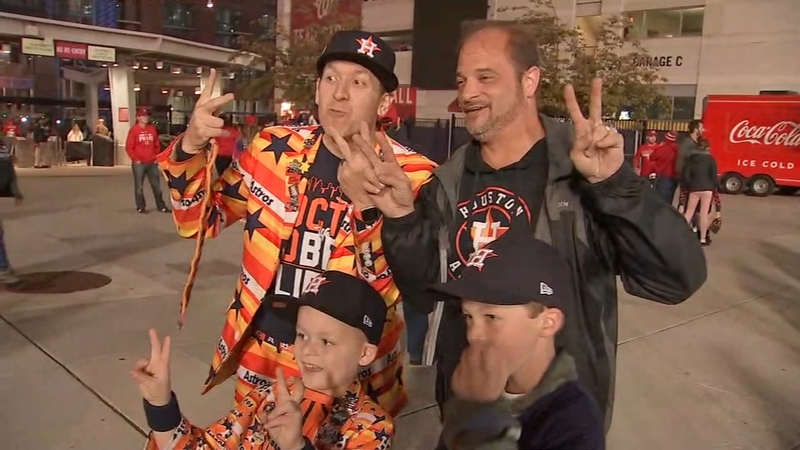 HOUSTON, Texas (KTRK) -- What do you get when you have a die-hard Astros fan, and you team him up with a hardcore Star Wars fan? You get a force for change.

Jeremy "Goob" Howard and his good friend Michael Thomas came up with the brilliant idea to host a special screening of "Star Wars: The Rise of Skywalker" on Thursday night benefiting Autism Moms of Houston, through the Neurodiversity Foundation.

The event will host several kids with autism and their families, and some Star Wars characters may make an appearance in person.

"I would say, he is the biggest Star Wars fan I know, and I am probably the biggest Astros fan he knows," said Goob.

Thomas adds, "It started with maybe a toy drive, or a food drive. But then, through a couple of happy accidents, I stumbled upon Autism Moms of Houston, and I thought, what if we do something there?"

An event of this magnitude needs partners, and Michael called his buddy Juan Salazar from Super Happy Incredible Toys.

"They are also getting a custom Super Happy Incredible Toys T-shirt," says Salazar. "This is going to be a Star Wars homage for this screening, and the Callahan Law-firm stepped up and paid for all of this."

Thomas sums up the event and the future by paying respect to the Star Wars franchise.

"There is a thing that Lucas Films sponsors called #ForceForChange. We just wanted to be a force for change in our community and take our love of Star Wars and transfer that to some other people," he said.

The event is sold out, but you can still help sponsor and donate toys by calling Super Happy Incredible Toys at 832-516-7176.