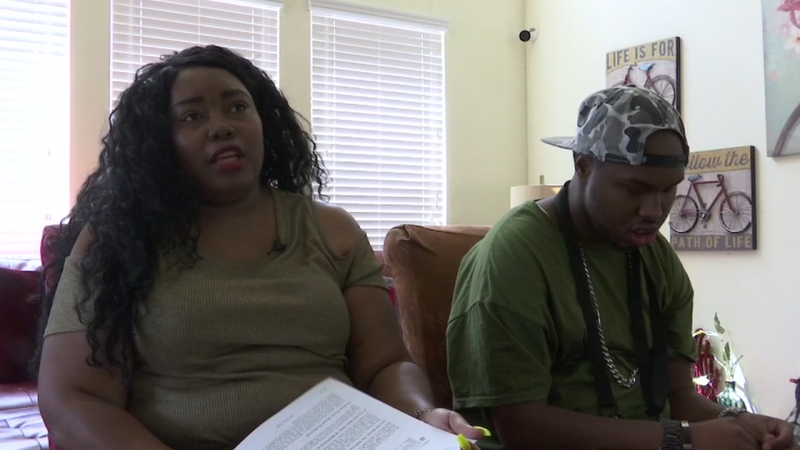 SPRING, Texas (KTRK) -- The mother of a 22-year-old man with autism is fighting to reinstate her son's disability benefits after receiving a letter stating her son, Reginald Ratcliff II, was dead.

"They go on to talk about me returning any funds and believe that I owe $146,000 over the whole 22 years, and they want me to make arrangements to pay all of that back," said Clemmie St. Amand.

The Spring mother got the letter on Aug. 24 and said she immediately went to her closest Social Security Office to clear up the misunderstanding, but claims she received no help and no information about what was going on. She also claims staff were rude and kicked her off the property.

"The letter stated I could come inside the office and that I could exercise my rights to get a copy of anything they used to base this decision and they would give me answers," St. Amand said. "So with that, I decided to go in and thought this was a big mix-up."

The woman said she was pregnant and gave birth to premature twin boys back in September 1996. The babies each only weighed one pound and a couple of ounces and struggled with health problems.

St. Amand decided to give her children the same name, each boy had a different suffix, because she knew one of the children would not survive.

Reginald Ratcliff II, according to his mom, has been receiving disability benefits for several years without any kind of problem, and she is puzzled why an issue has come up now.

The woman said she provided the Social Security Office with several forms of identification for her son, including a birth certificate issued weeks after the office claims he had passed.

Eyewitness News reached out to the Social Security Administration and was told the department would be reaching out to St. Amand to try and figure out what happened.