UT grad was first to launch a Presidential campaign on Twitter 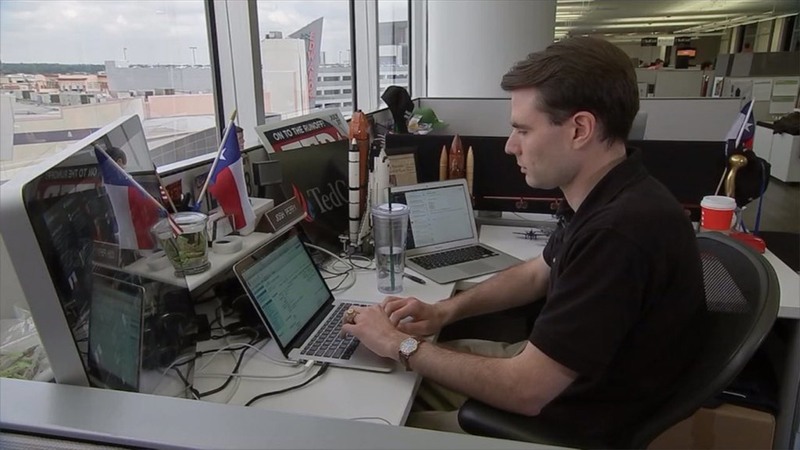 HOUSTON (KTRK) -- You may not recognize Josh Perry if you saw him. But he's the first person to launch a presidential campaign on Twitter.

"I got the great privilege of announcing the presidential campaign right over there at my desk," he told Eyewitness News. Perry, of course, wasn't the candidate. It was Senator Ted Cruz. "We knew we wanted to be different. Our motto here is kinda break all the rules."

Perry is the social media director for Cruz for President.

He's a 2010 graduate of UT and joined Cruz during his senate campaign. He manages the presidential hopeful's social media outreach and interaction.

"It's opened up a lot of avenues to reach people but the question is what's the best way to get to them?" Perry said of social media sites like Twitter, Facebook, Pinterest, Vine, and Snapchat, and Instragram. He explained there is an evolving science to it.

For example, the campaign can target Facebook users based on their location or interests. They can message those potential supporters to keep them in the loop on campaign stops or big events. The Internet is providing a unique opportunity for all candidates to reach audiences they may have missed in the past.

But it's not just about reach. It's also about having a coffee shop conversation without the coffee shop. Interaction and engagement can happen with a few keystrokes.

While Cruz lags behind Clinton, Trump, and Carson on Facebook likes and Twitter follows, Josh Perry says that doesn't tell the whole story.

"Even though we may not have the most fans on our actual page," Perry explained, "We've actually got a level of interactivity per fan that just blows everyone else out of the water."

Facebook has a political unit helping all of the campaigns with interaction. That includes Cruz's team. The day were interview Perry, there was a contingent from Facebook in Cruz's campaign headquarters in southwest Houston.

Perry, a man who never thought he'd be working on a presidential campaign, said it would be hard to run one now without social media.

"Without social media there's just a large segment of the population that would completely miss on a lot of the news and a lot of the messaging presidential campaigns are trying to get out," he said.