4 months later: What Houston lawmakers are doing about calls for social justice change 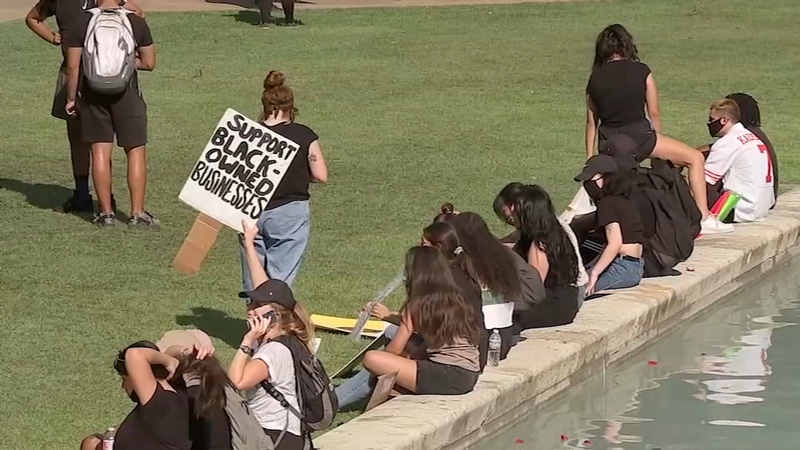 Social justice: What our lawmakers are doing about it

Thousands marched in Houston in June, demanding reform and calling on lawmakers to go to work on the issues.

Lawmakers introduced the George Floyd Justice in Policing Act in Congress, a bill that passed the House but stalled in the Senate.

"It's in the hands of the voters," U.S. Rep. Al Green said. "We get another senate, we get another president. I think we pass it. If (we) don't, it's not likely to pass it in my opinion."

The George Floyd Act addresses a wide range of policies and police practices, including increased accountability for law enforcement conduct, according to the bill's summary.

On the state level, legislators, who struggled to pass the Sandra Bland Act after she died in a Waller County jail five years ago, are considering a Texas law in Floyd's name.

"We're trying to do, put together, what's called the George Floyd Act, but I hope it becomes the 'No More George Floyd Act', because we hope it prevents that kind of conduct," State Rep. Harold Dutton said.

Dutton and some members of Congress said, as Black lawmakers, they have been fighting a battle for decades. They don't have plans to stop because they say it's personal.

"I had to give the talk, and you're frightened all the time," Dutton said. "If your child had to do a long-distance drive, you'd rather they go through security at the airport, than to take a long drive through many towns with different law enforcement, as a young African American male."

Whether it was Sandra Bland or Rhogena Nicolas and Dennis Tuttle on Harding Street or George Floyd in Minneapolis, Dutton and others agree that real change will come when laws are passed, even if it takes multiple legislative sessions to succeed.

"Sometimes the truth is difficult to handle," Green said. "You have to know the truth so you can act on it and correct things."