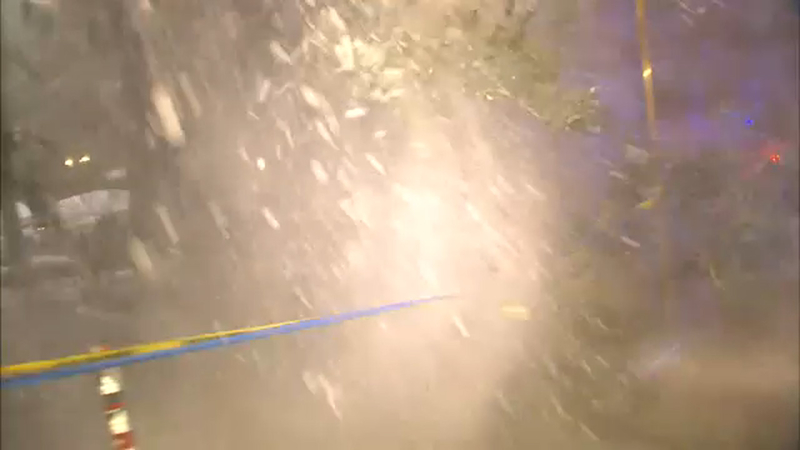 Heavy snowfall causes tree to fall on Upper West Side

UPPER WEST SIDE, Manhattan -- Trees across the New York area are snapping like toothpicks due to the heavy, wet snow and strong winds. One narrowly missed Eyewitness News reporter Nina Pineda on Thursday evening.

Pineda was in an area where branches were snapping like twigs every few seconds.

People were snapping photos of the snow and fallen limbs, unaware of the danger they were putting themselves into.

Authorities on the scene urged pedestrians to stay out of the street and on the sidewalks.

Pineda was under an awning, urging passersby to stay vigilant when an unmistakable crack could be heard.

The large branch came tumbling down on top of the awning, falling to the side in a heap of leaves and debris while those nearby screamed.


Thankfully, no injuries were reported.

Several hundred trees came down all across the five boroughs during the storm, blocking roadways and downing power lines. 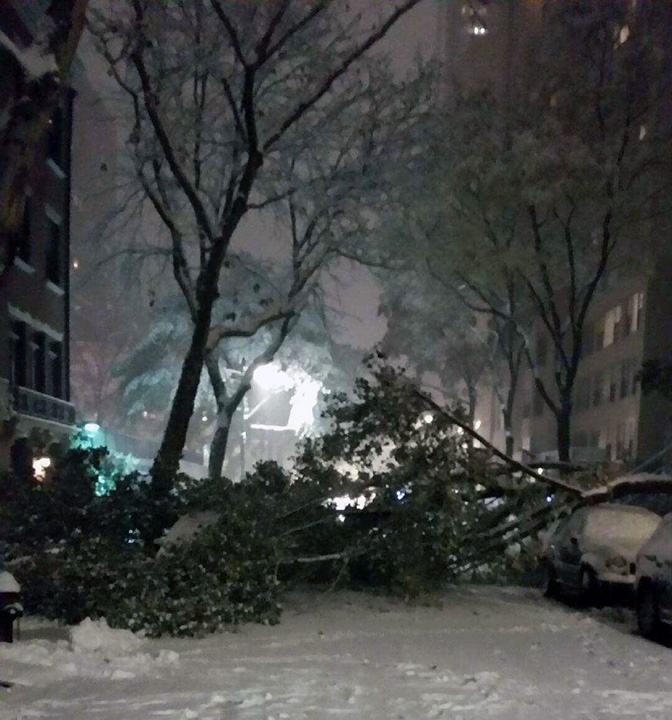 In one instance, an NYPD officer was removing a fallen tree when a different tree fell and struck him on the back of the head. He was taken to the hospital with only minor injuries.

Large tree branches falling on 15th St between 1st and 2nd Ave right in front of us. Loud crackle. Weight of wet snow brought 3 beaches down on this block so far. pic.twitter.com/0TGOoZNREB

Officials said the combination of water saturation of the ground and the weight of the snow on the leaves is likely what caused all the trees to fall.

While city parks were not closed, out of an abundance of caution, people were asked to stay out of the parks during the storm.

Anthony Johnson has the latest on the weather and road conditions in New Jersey.