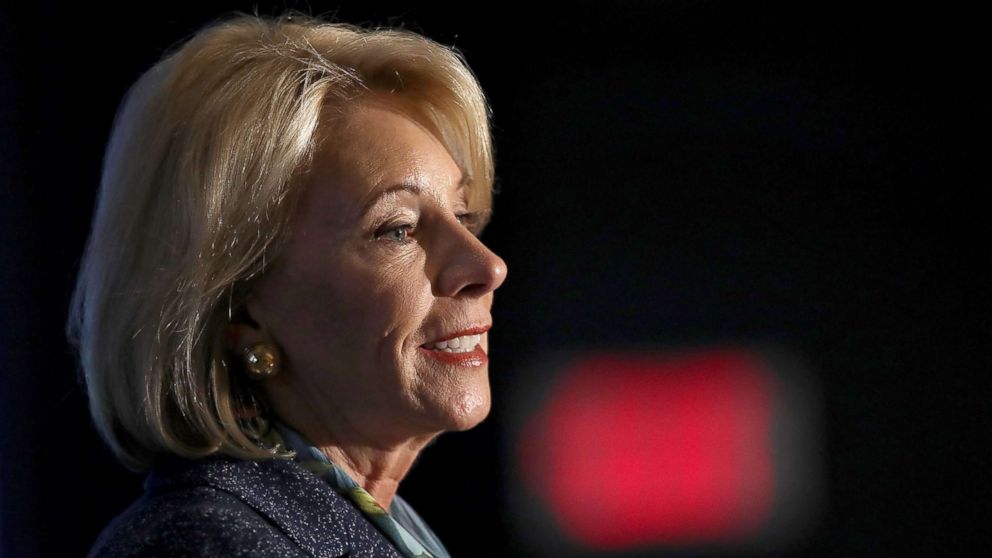 Cast member Kate McKinnon played the role of DeVos, as she stumbled through an interview on gun control and guns in schools.

When asked by Colin Jost why she is "the most-protested member" of the Trump administration, she came up with a simple answer.

McKinnon commented she was trying to make sure "all schools are safe learning environments for guns."

"I may not be good on camera, but behind the scenes my ideas are much worse," she added.

DeVos received widespread criticism for her confirmation hearing in January 2017, including a line about why a teacher in Wyoming would need a gun.

"I would imagine there is probably a gun in a school to protect from potential grizzlies," DeVos responded.