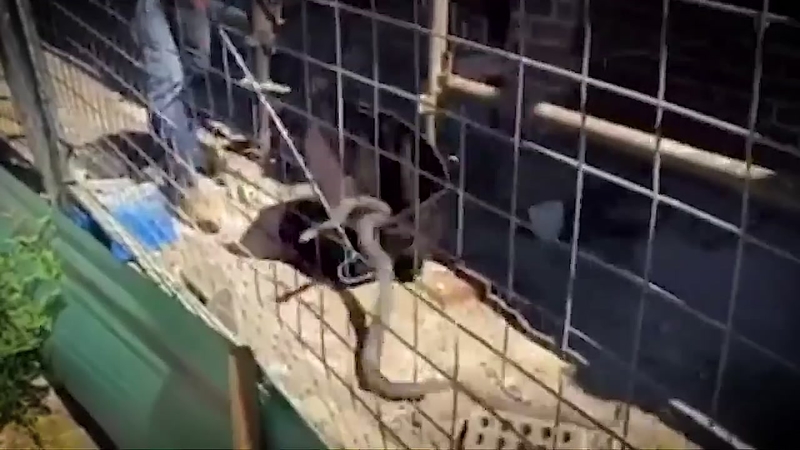 Melrose was called to a construction site in New South Wales, Australia to catch a brown snake he called a "monster." He described the snake as the largest he had ever seen.

The situation turned out to be more complicated than he expected. His initial attempt to catch the highly venomous snake failed.

Acting quickly, like a scene from "Crocodile Dundee," Melrose secured the snake by grabbing it bare-handed by the tail and then dropping it into a bag. Cheers and claps erupted from the crowd that had formed to witness the daring feat.

Melrose is a trained professional, please DO NOT attempt to capture snakes yourself.