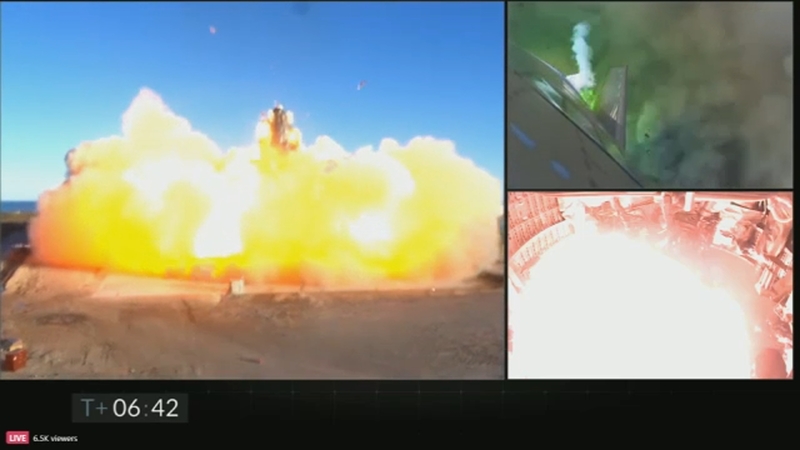 BOCA CHICA, Texas (KTRK) -- SpaceX's SN11 is scheduled to launch from a remote corner of Texas in another high-altitude test run.

It's not yet clear exactly when the craft will depart the ground, but could happened as soon as Friday afternoon. Officials in Cameron County, where the Boca Chica launch site is located, have issued an order closing a nearby beach and State Highway 4 on Friday, which indicates a launch is imminent.

The video above is from a December test launch.

Elon Musk's company has been making a series of test efforts over the past several months with a goal to eventually carry people to Mars in as little as six years.

The SN11 launch is expected to be similar to previous flights over Boca Chica near Brownsville.

A rocket test in December ended in a massive explosion after returning to the landing site a bit too fast.