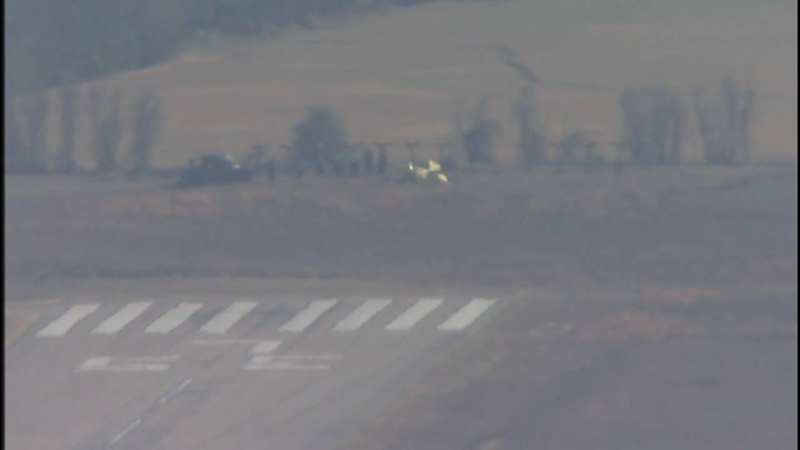 SPRING, Texas (KTRK) -- A small plane appears to have crashed at Hooks Airport in Spring, according to Sheriff Ed Gonzalez.

Deputies said they received a call at about 2:04 p.m. about a small aircraft that was found down in the 20800 block of Stuebner Airline.

The plane had heavy damage, according to Gonzalez.

It was unclear if there were any other occupants onboard, but according to Texas DPS, the pilot was taken to Memorial Hermann The Woodlands Medical Center in stable condition. Authorities said he was awake and alert.

@TxDPSSoutheast is on the seen on a plane crash near Hooks Airport in Harris County.

The pilot was transported to Memorial Hermann Hospital in the Woodlands with non-life-threatening injuries.

The FAA and the NTSB have been notified to investigate this incident. pic.twitter.com/iWqKEmOXG9

Officials with Texas DPS were on the way to the scene to investigate the crash.

Aircraft has heavy damage. Members of our HCSO team on-viewed the incident and rushed to assist. Pilot is being transported to a hospital, said to be in fair condition. #HouNews https://t.co/Y1tbgoHhdC