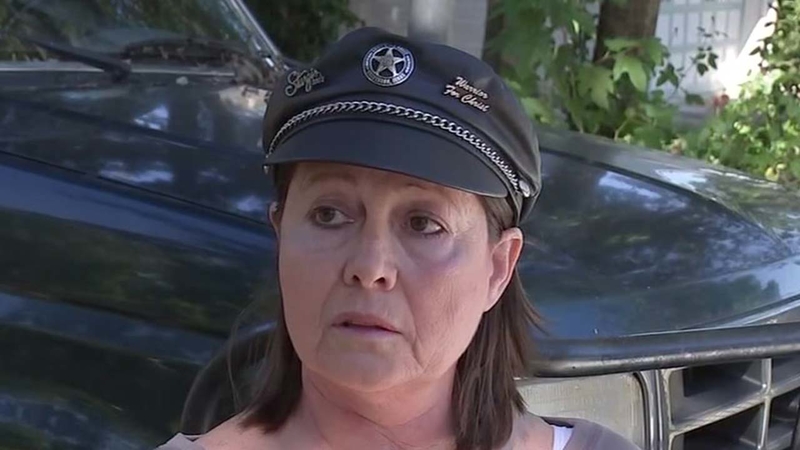 Mom pretends to faint in robbery

SUGAR LAND, TX (KTRK) -- Sugar Land police have released a sketch of a suspect in a driveway robbery that happened earlier this month.

It happened on November 4 at around 4:30pm. Police say the woman pulled into the driveway of her home in the 1200 block of Pinecroft when she noticed a maroon Pontiac with four people in it slowly drive by.

The victim who identified herself by her first name Hedy to Eyewitness News says the vehicle turned around and stopped in front of her house. One man got out, showed a gun and demanded her purse.

Hedy says a split-second decision may have saved her life here: instead of putting up a fight or doing anything else, she gave him her purse and then pretended to faint. The gunman didn't hurt her.

Hedy recalled, "He just grabbed the purse off of my shoulder and said, 'Give me your purse.' I thought, Lord, how am I gonna get out of this? It's all I could come up with because I thought he was going to kill me "

Hedy is a retired mother of three special needs children. She said, "Now I'm scared. I'm scared. At least until we catch him."

After the gunman took her purse, the man took off with three others in the vehicle. They took off towards Eldridge Road.

Hedy described the gunman as a light-skinned black male who was possibly in his early 20s. He was wearing a grey sweatshirt.

Hedy says she worries that he might strike somewhere again soon, and hopes someone will turn him in. Hedy said, "Before he hurts anybody...he was gonna kill somebody. He was not afraid."