Daycare, residents say water issues have been going on for months with no fix 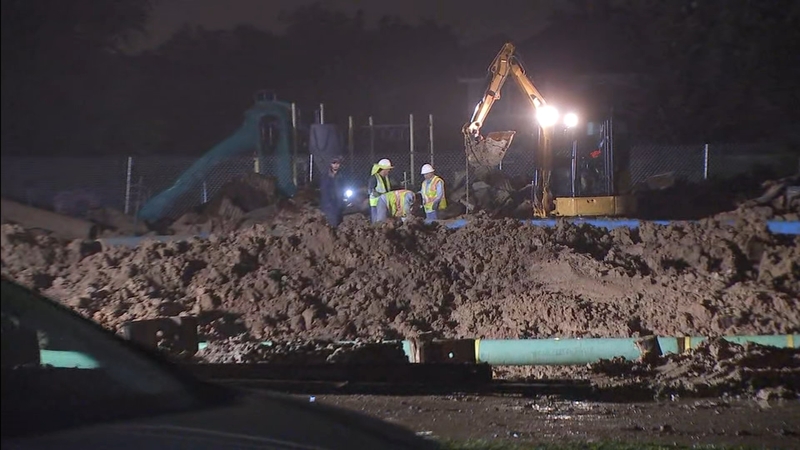 Businesses along Kieth Harrow in northwest Harris County say a sinkhole has been an issue for a while, but the heavy rains from overnight made it even worse.

The roadway is closed in both directions as crews work to replace the underground pipes after downpours washed away the eastbound side of the road.

Daycare owner Patrick Hughes says he's already had to close a couple of times over the last year, as the sinkhole is in the playground, and it only got worse after Imelda.

"We've kind of been dealing with this almost a year now. We had a sinkhole that developed initially, and we called the water company and they came out and started to work with it," Hughes said. "Then, I think they contacted flood control, and there was just nothing done until things got really bad."

Another day care owner told ABC13 that water kept going on and off Tuesday, and has done so over the past 10 months.

Eyewitness News reached out to CFISD after a concerned parent reported schools were affected by this. The district released the following statement:

Crews have been working overnight to replace the underground pipes, but with more rain expected, the progress could be delayed.

For residents who live around the area, the sheriff's office says you can get to your neighborhood by heading south from Little York.

ROAD CLOSED: A sinkhole opened near a playground at a daycare center on Kieth Harrow Blvd.