Giant sinkhole opens up after stormy day in Westchase district 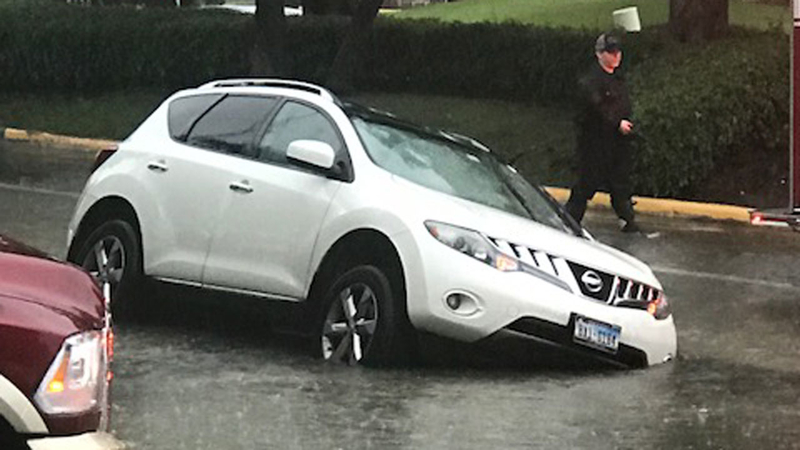 Giant sinkhole opens up after stormy day in Westchase district

HOUSTON, Texas (KTRK) -- Even with the rain moving out of the Houston area, there could be dangers still lurking on our roadways.

Several drivers who were trying get through the Westchase area on Wednesday morning were startled when they hit a big sinkhole on Wilcrest at Westheimer.

Police are blocking off the roadway after drivers came upon the giant hole, which damaged several cars.

CRUNCH: A giant sinkhole has opened up on Wilcrest

Police are now blocking off this part of Wilcrest to prevent other drivers from hitting this massive hole.

One man said his brother-in-law was left shaken when he and his wife went over the hole. The SUV following his truck was not so lucky, becoming lodged in the crevice.

"He was a little scared," the man said. "A big thump, when it happened."

The incidents highlight just what officials have been saying, that there are still dangers on our roadways following this 4th of July flood.

If you have to be on the streets, be very careful. If not, heed the warnings and stay home.

How to avoid damage from potholes
EMBED More News Videos

To minimize damage from potholes, follow these tips from AccuWeather.