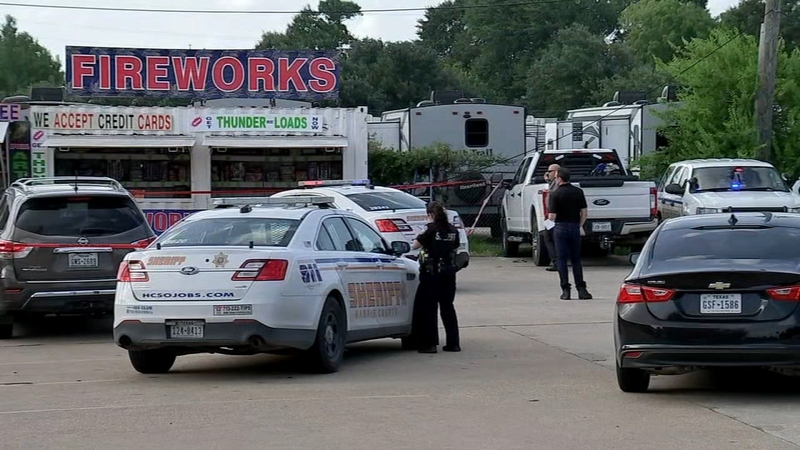 HOUSTON, Texas (KTRK) -- A 19-year-old who attempted to rob a fireworks stand in north Harris County has died after being shot in the face with his own gun by one of the stand's employees, according to deputies.

Preliminary indications are that a fireworks stand employee managed to take possession of the would-be robber’s pistol and shot him with it. Investigation is ongoing. #hounews

According to the Harris County Sheriff's Office, the suspect approached the stand and began demanding money.

They say an employee went to grab cash and placed it on the counter. The suspect placed the gun down and tried to pick up the cash.

Deputies are investigating a possible robbery at a fireworks stand that ended with the suspect being shot.

That's when deputies say the employee picked up the gun and shot him in the face.

The suspect, who has not been identified, was taken to the hospital.