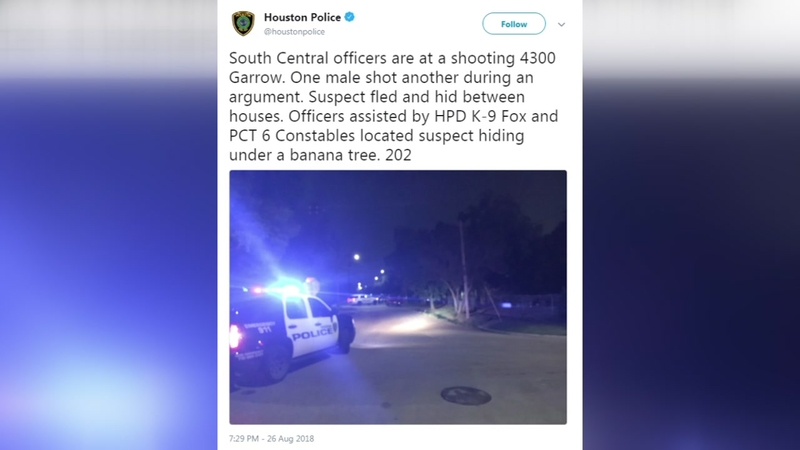 HOUSTON, Texas (KTRK) -- Police responded to a shooting that left one person injured in the Second Ward.

South Central officers are at a shooting 4300 Garrow. One male shot another during an argument. Suspect fled and hid between houses. Officers assisted by HPD K-9 Fox and PCT 6 Constables located suspect hiding under a banana tree. 202 pic.twitter.com/a4c8GDEBdj

Officers say the incident happened in the 4300 block of Garrow Street at around 8:30 p.m.

According to authorities, one man was shot by another man during an argument.

The suspect fled the scene and hid between houses, officers said.

Police say they were assisted by K-9 Fox and Precinct 6 deputy constables, and were able to find the suspect hiding under a banana tree.