KTRK
HOUSTON (KTRK) -- In the final hours of the Christmas rush, shopper Jay Goossen says he's getting a "last minute gift for my dad."

But it's not just the clothing in Norton Ditto in Houston's Upper Kirby District that is catching shoppers' attention this season.

Goossen says, "I see Batman, teddy bears, Legos ... memories of toys I used to get for Christmas when I was growing up."

Take a look at the big picture to see Rudolph, Frosty and Santa. If you look again you'll see Darth Vader, Elmo and Olaf. 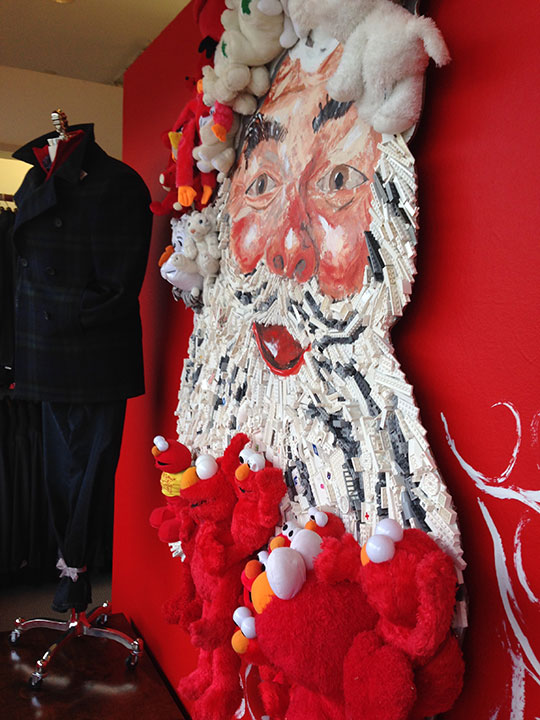 Pennington says, "It's just amazing the fun that Christmas can bring. Doing these kinds of things is a playful way to deal with the holiday and the holiness with it and it gets everyone's attention."

Norton Ditto has been in Houston since 1908.

Owner and CEO Dick Hite laughs and says, "I haven't been here quite that long, close."

This is a first though. The display was made by Hite's nephew, Peter. The toys were collected from a dozen Goodwill stores and made into works of art.

Hite adds, "We wanted to do something different for Christmas besides the regular putting merchandise out, which is nice but not the tone of Christmas."

Hours of work went into the displays.

It's a creative way to see Christmas.

Goossen says, "To do a charitable display like this is something you would come to expect from them."
Related topics:
shoppinghoustonartchristmas
Copyright © 2020 KTRK-TV. All Rights Reserved.
More Videos
From CNN Newsource affiliates
TOP STORIES