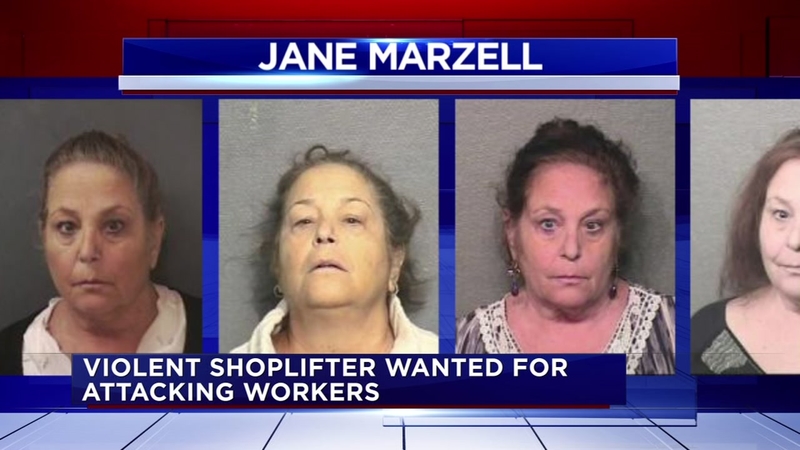 HOUSTON (KTRK) -- Move over Black Friday. Investigators in Harris County say a woman attacked two employees at the Ross department store on Fry Road after they tried to stop her from stealing a shopping cart full of purses.

"Who just wants to steal some purses out of Ross," wondered shopper Meachie Momoh.

Jane Marzell, according to the Harris County Sheriff's Office. Investigators say Marzell walked into the store, put several purses in her buggy, went to the back of the store to cut the security tags off, and an employee confronted her. Deputies say she started punching that employee in the face.

"That's way above and beyond. That's crazy," Momoh said.

But it got crazier. Deputies say when a second employee confronted her at the door to stop her from leaving, Marzell hit her in the face with a large pair of pliers, and pulled her thumb backwards, causing torn ligaments.

"I think that's awful," said Jontrell Fuller. "I mean it's the holiday times. And for that to do that to the employees and they're just doing their job is ridiculous that people would go to those lengths for that type of thing."

A quick-thinking customer snapped a picture of the violent shoplifter and her license plate. Police traced it back to Marzell. The 69-year-old has been charged and convicted of theft several times dating back to 2010.

Her crimes have never been this violent. We asked shoppers if this makes them think twice about shopping here.

"It could happen anywhere. But you do think about it because you think about your own surroundings, your own being safe," Momoh said.

The sheriff's office says they have not been able to find Marzell, but there is a warrant out for her arrest. She's charged with aggravated robbery.