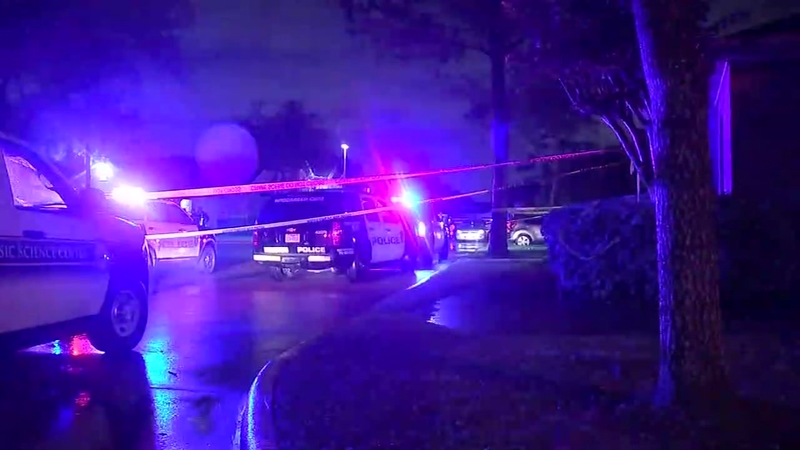 HOUSTON, Texas (KTRK) -- A man is accused of fatally shooting a woman over a cell phone.

Officers responded to the 2000 block of Reed Road around 12 a.m. after receiving reports of a shooting.

Wendell Williams told ABC13 he thought he was hearing firecrackers until his son ran into their home.

He went outside and saw McKnight on the concrete.

"We flipped her over and tried to do CPR, but it didn't work," Williams said.

HPD says McKnight was returning from the grocery store when Flagg approached her, and asked to use her cell phone.

McKnight refused, a struggle broke out, and Flagg shot her multiple times, including one time in the back.

McKnight was pronounced dead at the scene.

Her son will never get his mother back.