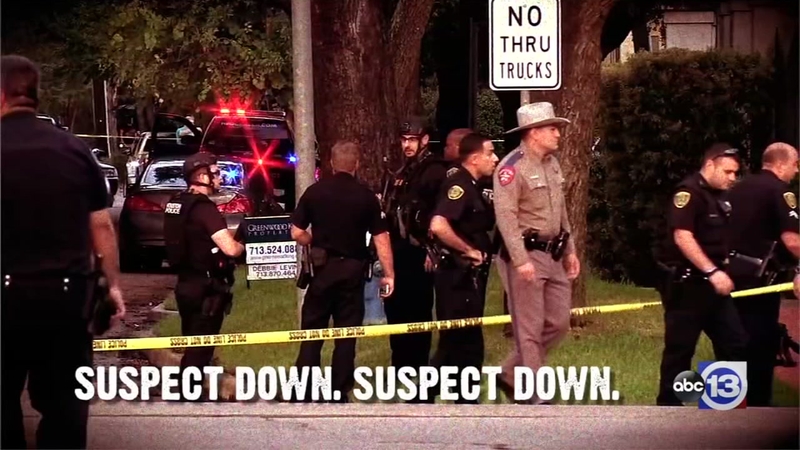 Timeline of the active shooting incident

HOUSTON (KTRK) -- It was a chaotic scene in southwest Houston this morning as reports of an active shooter in the area sent residents scrambling for safety and police officers from three agencies moved into the danger zone to stop the shooter.

It was 6:29am when the Houston Fire Department was called to the scene at Weslayan at Bissonnet to treat shooting victims.

Just three minutes later, at 6:32, crews arrived and determined there was an active shooter situation.

Over the next half hour, nine people were injured. Six of them were taken to the hospital, one in critical condition and another seriously injured.

At 7:02, police shot the suspect. The bomb squad was called in to secure his car. Police searched his car and reporteldy found several weapons.