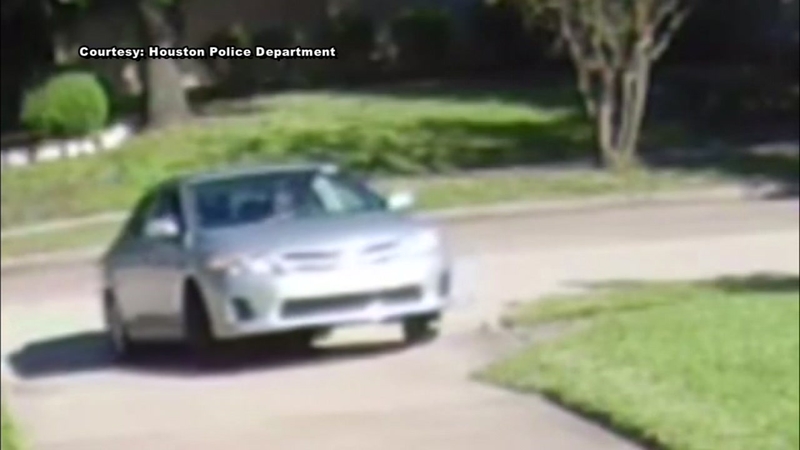 HOUSTON, Texas (KTRK) -- Houston police released surveillance video Saturday that shows a silver sedan they believe was involved in the fatal shooting of a man in southwest Houston.

Around 11 a.m. Friday, police said a 63-year-old male was found lying in the street in the 3700 block of Wood Valley with multiple gunshot wound.

The man was taken to Ben Taub Hospital, where he was pronounced dead.

Witnesses told police the victim and the suspect were talking inside a vehicle in the driveway of a vacant property. The victim walked away from the vehicle.

According to police, the suspect took off driving the victim's 2013 Silver Toyota Corolla with paper tag #0978K5.

Investigators do not believe the suspect nor the victim lived in the neighborhood.