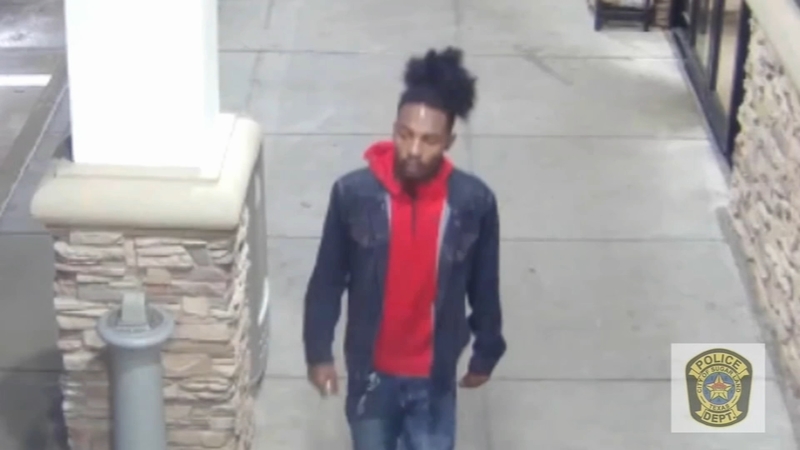 Do you recognize this man? Sugar Land police say he may be involved in a shooting that happened last week in #Greatwood. They considered the suspects armed and dangerous @abc13houston pic.twitter.com/0puU1PSemx

The video shows a suspect walking in the parking lot at the Buc-ee's at 1243 Crabb River Rd. He's seen wearing a red hoodie. The Buc-ee's is located just outside of the Greatwood neighborhood where the shooting happened.

On Thursday, Nov. 21, a vigilant neighbor was taking out her trash and said she saw a suspicious vehicle parked on the street.

"I kept watching it and I thought, 'Something's not right," she said. "So, I called a non-emergency number."

She said another vehicle showed up, and that's when she saw a man with a gun start shooting. She called police again.

"I started screaming, 'They're shooting at each other!" recalled the neighbor, who was told there were officers already in the area. "At about that time, a police car came around the corner."

"There was an officer in the area that arrived at about the same time the shooting (occurred), actually had heard the shots, so he was able to immediately render aid to the victims, which was good," said Sgt. Matt Levan with Sugar Land police.

The victims were sent to the hospital, where they both survived their injuries.

Police say one suspect took off in a vehicle. The other, police believe, ran to Buc-ee's where he was captured on video.

Marijuana was found in the victims' car, according to police, leading investigators to believe it was drug deal.

One of the victims is 18 while the other is 19. Police say they're both from Rosenberg and don't appear to have have any connection to Greatwood.

"I think it was just a meet location," said Levan. "Maybe it was off the beating path, you know, not in a parking lot where people would be at 10:15 at night. So, quiet area, quiet subdivision and they didn't think they'd be detected."