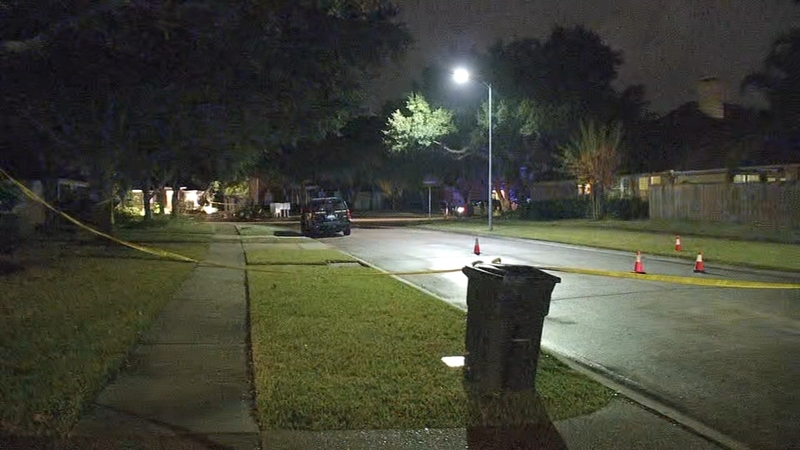 Police say the shooting happened in the Greatwood Village neighborhood at Morningside and Briarbend Drive around 10:30 p.m.

Two people shot in a :::quiet::: #sugarland neighborhood. One - flown to the hospital. The other - taken by ambulance. Both expected to survive. #abc13 pic.twitter.com/rpTI8Jn7bS

Police are still searching the area for the shooter.

No one has been arrested at this time.

Police taped off a large area of the neighborhood as a crime scene.

Investigators spent a lot of time inspecting a van that belongs to one of the victims.

Police spent a A LOT of time photographing the inside, outside of this van. Investigators say it belongs to one of the victims. Parked in the driveway of a house that’s now pitch black. #abc13 pic.twitter.com/YyB0KnLTqX

Sugar Land police say they were responding to a report of a suspicious vehicle but before they arrived, a shooting occurred at the same location.

One of the victims was taken to the hospital via Life Flight while the other was taken in an ambulance.

Authorities say both are expected to survive.

They believe one or more additional victims may have fled the scene.

Police did not say if either victim lives on the street where the shooting occurred.

Investigators are interviewing the victims for more information on the circumstances of the shooting and suspect.

Police searched for the shooter by chopper. Kind of grainy, but you can see the helicopter lights.

No one has been arrested. Police didn’t release a description of the shooter/shooters. #abc13 pic.twitter.com/4NU11zN8AO