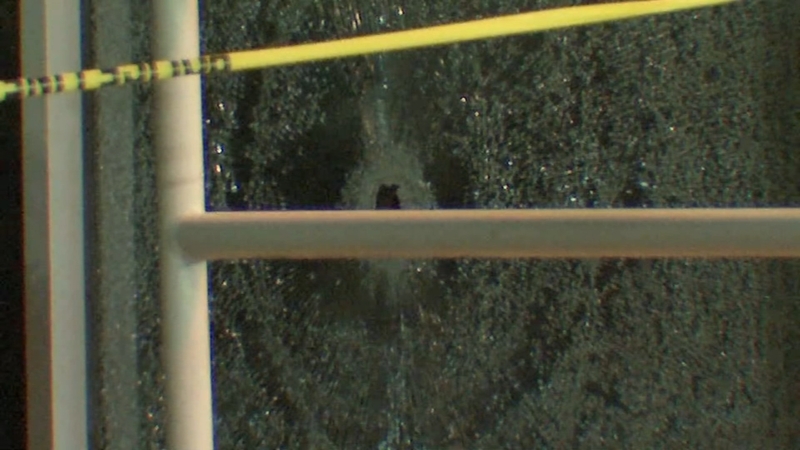 HOUSTON, Texas (KTRK) -- A security guard was injured in a shootout outside of a southeast Houston restaurant while he was trying to check on a couple seen arguing.

It happened off Fuqua and the Gulf Freeway early Thursday morning.

Police say a man and a woman were arguing in the parking lot when the armed security guard tried to intervene. The man then started shooting at the guard and the guard shot back.

Suspect who shot a security guard and the windows of this restaurant still on the loose. pic.twitter.com/APniFUzay6

At least two rounds went into the restaurant where people were inside eating, though police say no one was injured.

The guard was shot in the leg but is expected to be okay. Investigators say the couple drove off in a pickup truck to a nearby apartment complex, where they believe the couple lives.

Once they arrived to the complex, the suspect then started shooting at someone else.

A security guard is injured after a shootout with a suspect in the parking lot of a Mexican restaurant. At least two rounds went into the restaurant where people were eating. pic.twitter.com/hTtOawrBtl

"I'm not sure how the male got involved with that but the suspect, at some in point, fired at the male there and fled the scene," said detective Habukiha with Houston police.

Police detained the woman, but the man remains on the loose. He is a described as a Hispanic or white male with a heavy set build and facial hair.