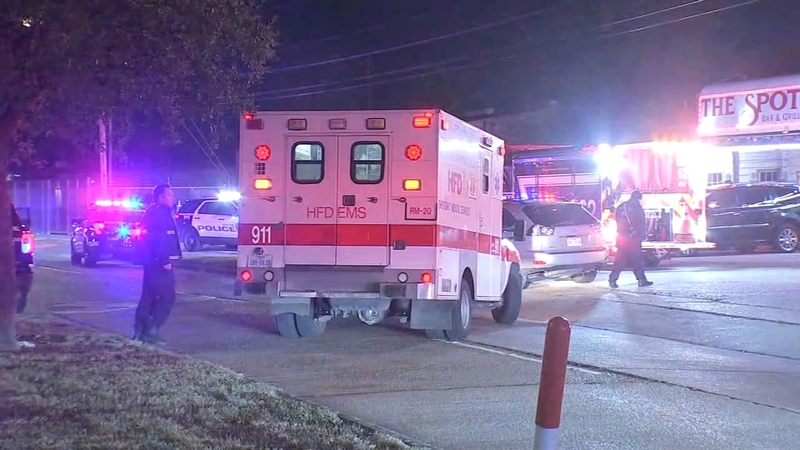 HOUSTON, Texas (KTRK) -- Two men and a woman were shot outside a private party in northwest Houston around 1 a.m. Sunday.

Police say the shooter fired shots outside the party in the 4800 block of Dacoma Street.

Later on, police said the three victims went back inside the event when the suspect also entered, following closely behind them, waving his gun. He then fled the scene.

One of the men was found with a gunshot wound to the chest, and the other man was shot in his abdomen area.