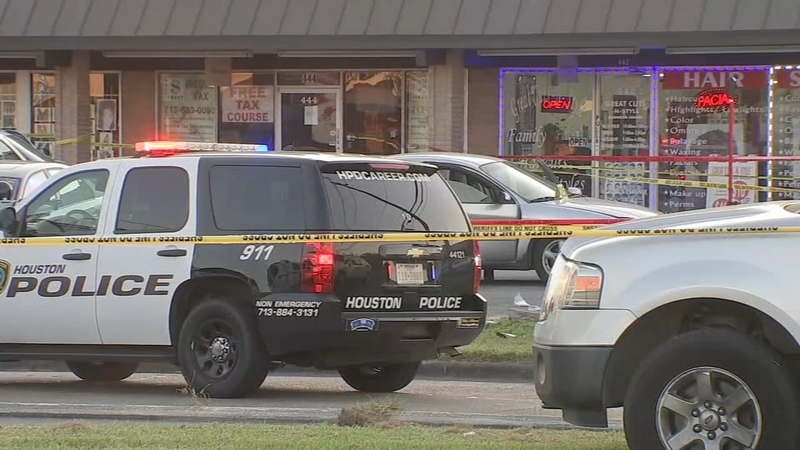 "They just shot this man right there," a witness said.

The recordings began as several gunshots rang out just before 4 on Thursday afternoon.

Two HPD officers who were working the area attempted to pull over a driver.

Investigators say a 28-year-old Hispanic man got out of the back seat and pointed a gun at the HPD officers. The officers fired back, fearing for their lives, according to police.

"People think police are robots," said one HPD officer. "We are human, they are hurting no one, showed up today to get into a shooting."

Inside the vehicle were two women and a young child.

The child's father, Jason Martinez, was actually across the street at the Guy Code Barber Shop on Uvalde Road when he got a call that his daughter had been involved in an incident nearby.

"My daughter is only 4," Martinez said. "They didn't want to let me go over there and get her."

All Martinez could do was stand back and watch everything unfold.

"I don't know what she was doing over there with that man or what her mom was doing," he said. "It's scary, I don't approve this."

The suspect was taken to Ben Taub Hospital and is listed in critical condition. As for the two officers involved, they are now on administrative duty pending the investigation.