Man accused in shooting death of 16-year-old girl turned himself in, police say 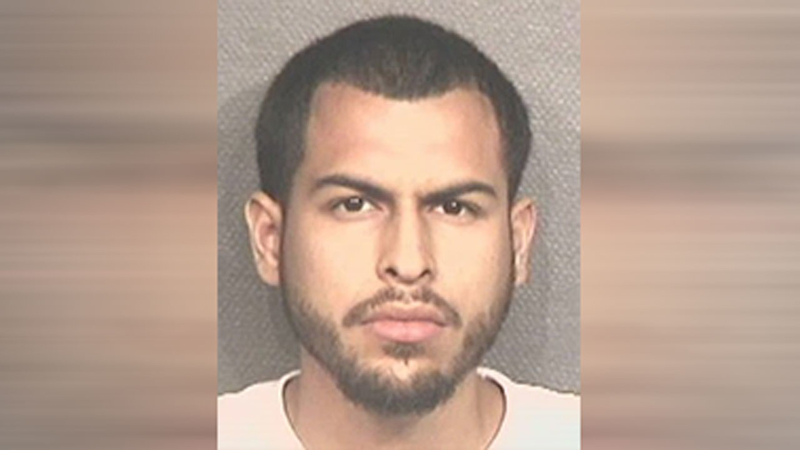 HOUSTON, Texas (KTRK) -- The man accused in the shooting death of a 16-year-old girl in Houston has turned himself in, police say.

According to authorities, 22-year-old Irbin Vargas is in custody after turning himself in overnight to members of the Gulf Coast Violent Offenders Task Force.

UPDATE: New booking photo of murder suspect Irbin Vargas, now in custody after turning himself in to members of the Gulf Coast Violent Offenders Task Force at the federal courthouse in Houston about 1 a.m. today. #hounews pic.twitter.com/4QSo9EqWTr

Vargas was wanted in the shooting death of 16-year-old Lourdes Sandoval, whose friends know her as "Betty."

"I don't sleep well at night. I think about her. She was such a close person to me," said Yadira Serrano, who knew about the toxic relationship between her best friend and Vargas.

"I tried to convince her to do police reports and do something about it," she said.

Serrano said Vargas was obsessed with Sandoval, and would even follow her home sometimes.

"He sends crazy messages, does crazy things," she said.

Court documents show that on Sept. 12, the night Sandoval was killed, Vargas was asking Sandoval about hanging out with him. Eyewitness News got a hold of those messages:

Sandoval: "lol when...when you were going to shoot me"
Vargas: "yes when I had the gun to your head that's why I put it down cuz I thought you meant it".
Sandoval: "next time you point a gun at me make sure you kill me cause I'm never talkin' to you again"

"He was crazy over her. Maybe if something was done she would still be alive," said the best friend, who admits she should have gone to the police.

The family created a Go Fund Me to pay for burial expenses.