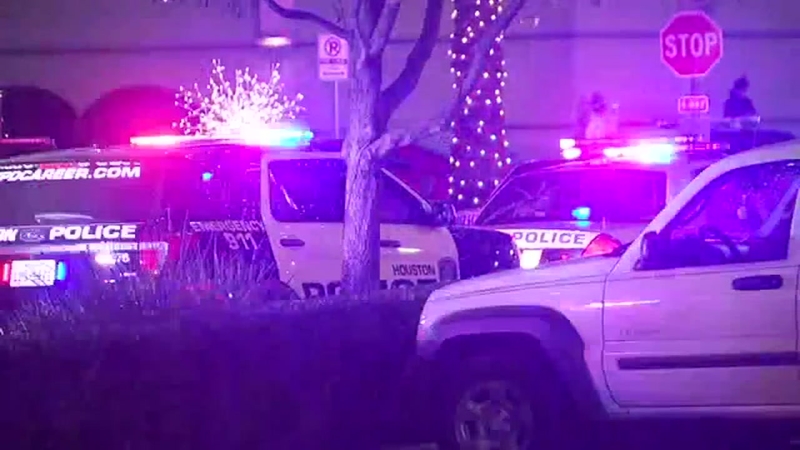 HOUSTON, Texas (KTRK) -- A rash of events in Houston had shoppers on edge at some of the city's busiest malls in the last week.

With the hustle and bustle of the Christmas season, thousands have flocked to department stores and other retail experiences to gather gifts for loved ones.

But criminals and forces both known and unknown compelled some people to run after reports of gunfire at Houston malls. In the end, not a single incident was attributed to an active shooter.

The panic was palpable as hundreds of shoppers took cover, some running out whatever doors they could find at Memorial City Mall.

What people thought was gunfire turned out to be a thief with a hammer attempting to break out the glass of a jewelry store display case, investigators said.

The suspect was able to get away, but Houston police said they have surveillance video of the suspect.

The wails of a screaming mother sent shoppers at Nordstrom in The Galleria panicking.

Shoppers who fled throughout the mall said they heard gunshots. Turns out the noise was from a child falling out of a stroller, and then tumbling down the escalator.

The child had minor injuries, but was expected to be okay.

Investigators say there was no evidence of a shooting at Baybrook Mall last night.

Whatever the noise was that came from the parking garage of Baybrook Mall last night, it wasn't gunshots.

Investigators with HPD say after their investigation, they can't explain what caused shoppers to run from the parking garage, but there wasn't evidence of a shooting.

Our cameras were there as people were seen hurrying from the mall to their cars.

Some people theorized on social media that a vehicle might have misfired, causing people to fear for their safety.

EXPERT: What to do if you're in these situations

Former FBI agent and security expert Jim Conway teaches companies how to prepare for incidents like these. He says protocol must already be in place even when it comes to crowd control.

"Management and security have got to be able to maintain security, but also maintain hysteria that can break out in something like," said Conway.

When you see shoppers running, Conway says you should react.

"The best thing to do is err on the side of being safe," he said. "Paying attention to what's going on around you when you go to a concert or a theater, when you go shopping to the mall, think about what your exits are and where am I going to go if something bad happens."