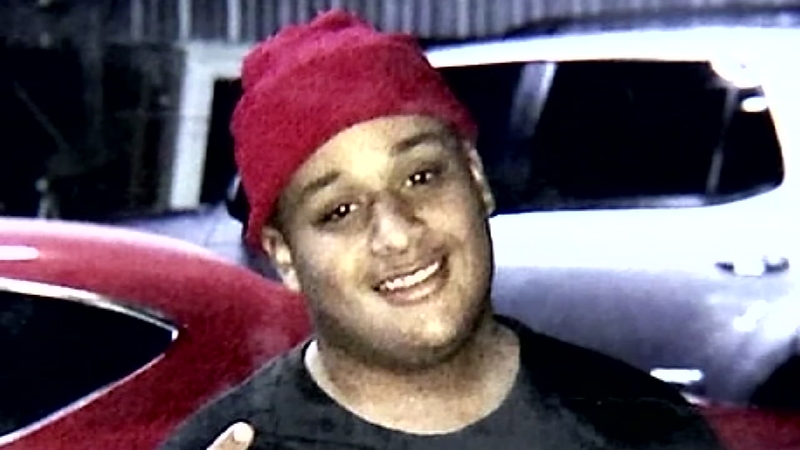 HOUSTON, Texas (KTRK) -- Sources tell Eyewitness News that investigators have ruled out a vehicle matching the description of the suspects' car in a deadly shooting near Lamar High School.

The vehicle seized late Tuesday night, a Subaru, had the wrong window busted out, according to a law enforcement source.

Police are looking at tips for other cars matching the four-door, dark-colored sedan that was seen taking off after 18-year-old Delindsey Dwayne Mack was killed.

Just a day after the lunch-hour murder, students say the mood inside the school was dark and somber, telling us attendance numbers were visibly low.

Cell phone video from a construction worker captured more than a dozen gunshots that ended the Lamar student's life and grazed a 15-year-old girl.

Police say Mack was targeted after back and forth shootings between rival gangs in recent weeks.

A cousin who spoke with Eyewitness News describes Mack as "a good kid with a big heart," saying he was focused on finishing school.

He said the teenager started ninth grade at Yates High School, then transitioned into homeschooling under his mother's guidance and enrolled back into public school to get his diploma.

Meanwhile, parents at the school are also coming to terms with the violence.
EMBED More News Videos

"I pick and drop off my son at that exact same spot that the kid was shot. So now we've moved our spot, just because we're so uncomfortable going down Bammel Street," said John Longoria, the father of a Lamar High School student.

"A lot of us are scared especially. We're just like who's going to be next? Because it's like three people in less than a week. It's just bad," said eleventh grader Vincent Williams.

Police believe they have the suspected shooter's car, a stolen Subaru seized, but they are still taking tips for any other cars matching the similar description of a dark colored 4-door sedan, possibly a Nissan Sentra or Versa, with the back passenger window covered by a plastic bag.

RELATED: 2 teens killed in apparent murder-suicide died from gunshot wounds to the head