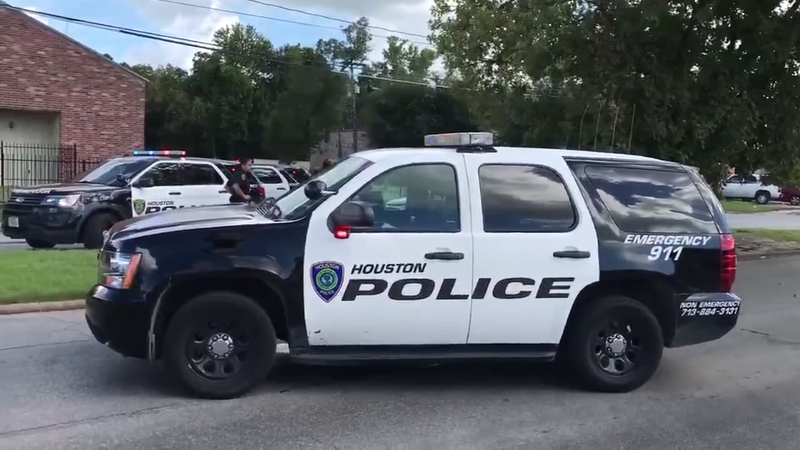 HOUSTON, Texas (KTRK) -- A father of two was shot and killed inside his parked car Saturday afternoon. Three men standing by the car were wounded in a drive-by shooting.

Police describe the shootings as targeted, and related to another shooting minutes before on the parking lot of Pappasito's and Pappadeaux restaurants in the 2500 block of the 610 South Loop.

Diners duck during gang shooting at Pappadeaux and Pappasito's restaurants

There, customers are said to have sought cover when gunfire erupted. One person was said to have been targeted on the parking lot. Inside a red Lincoln Navigator were three men in their 20s.

"These shootings were not random," said HPD Executive Chief Troy Finner. "And we believe they are connected to gangs."

No one was hit during the parking lot gunfire, but it continued on Cullen Boulevard at Ward Street.

Outside of a gas station, a man identified by family as Decarlo Washington was shot and killed. Police said five other individuals standing in the parking lot were also wounded in the shooting. Four of them were treated at area hospitals, and one of them suffered a minor injury and left the scene prior to officers arriving.

Cullen Boulevard has been the setting for gun violence over the years. Even so, "Four people shot stands out for any community, and we need people to identify who's behind this," said Finner.

It's not believed any of the victims on Cullen were at the restaurant location. The suspects are said to be the same in both cases.

Washington leaves behind a 5-year-old-son and a 1-year-old daughter. The mother of the little girl denies he had any gang connection.

"He had just left the house before this happened," she said. "My daughter was supposed to have been with him."

The shooters are still at large.

Police are asking anyone with information on this case to contact the HPD Homicide Division at the 713-308-3600 or Crime Stoppers at 713-222-TIPS.