Timeline of HPD police officer shot, priest beaten during night of violence on Houston's south side 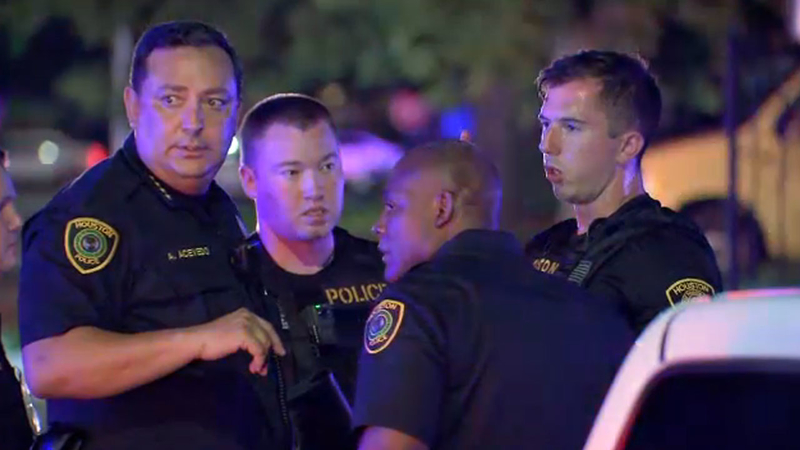 HOUSTON, Texas (KTRK) -- During a night of violence on Houston's south side, an HPD officer was shot three times and a priest was beaten.

10:01 p.m.
Suspects realized the vehicle was out of gas when it sputtered to a stop. The men abandoned the vehicle at 6200 Tierwester and fled on foot.

10:10 p.m.
The suspects held up a priest in a parking lot on Meriburr Lane.

10:21 p.m.
After receiving two reports of the suspects, officers in an unmarked unit spotted the men on Tierwester, near a Chase Bank.