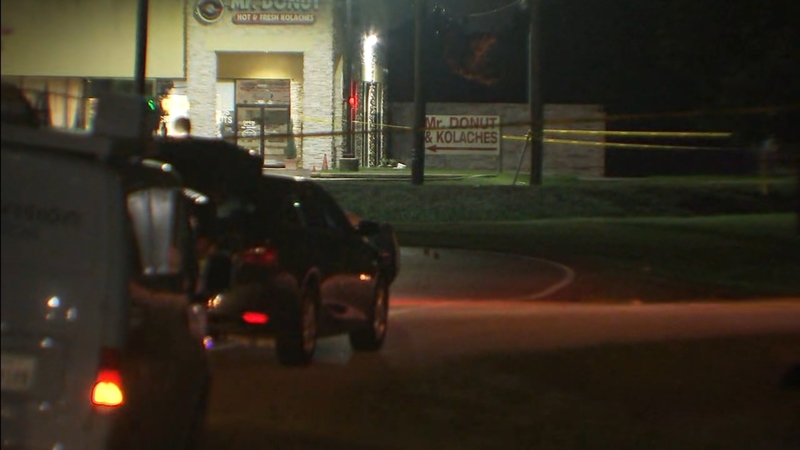 HOUSTON, Texas (KTRK) -- Deputies are investigating a deadly shooting where at least two people were shot in northwest Harris County.

The Harris County Sheriff's Office responded to a shooting at 11399 Windfern Road around 4:00 a.m.

@HCSOTexas units responded to a shooting at 11399 Windfern. Units found a male with a gunshot wound. He was in a car that had driven off the roadway. The male was confirmed deceased at the scene. While at the scene, units learned a possible suspect or victim was in the hospital pic.twitter.com/IQUPBLtsc0

Deputies say a man in his 20s was found shot to death in a stolen car.

While investigating, deputies say they learned that a second person had been transported to the hospital with a gunshot wound. He is expected to survive.

To our Heron Nest Village community members, please use other exits to leave/enter the area. This is an extensive scene to be processed. Windfern is closed all the way to the Beltway, as is Gessner/Twelve Lakes. It will take a couple of hours to process the scene. #HouNews pic.twitter.com/Me9A86vkaz

Windfern will be closed while deputies investigate the shooting.