1 dead, 1 wounded in shooting during robbery in NW Houston 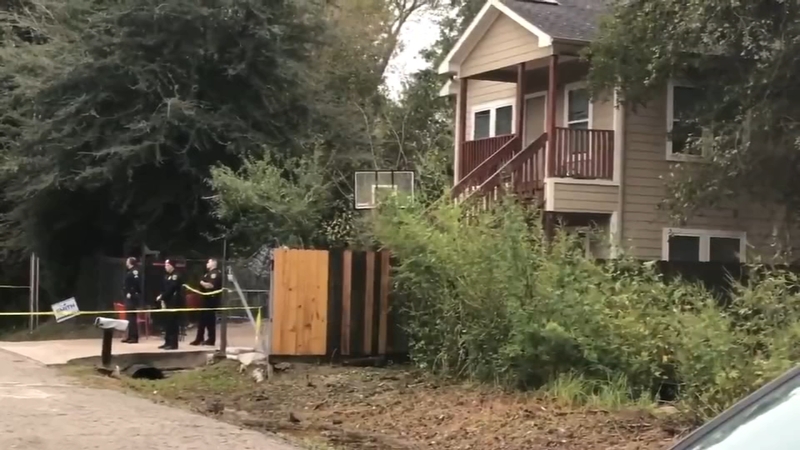 2 shot during robbery in northwest Houston

HOUSTON, Texas (KTRK) -- Authorities are looking for two people they believe killed one man and critically wounded another during a violent break-in Friday morning.

Houston police responded to reports of a robbery in the 6800 block of Utah St. near Granville Dr. just before 6 a.m.

Police say there were four people inside a home when the pair made their way inside. The suspects shot both victims in the head, according to police.

HPD Homicide detectives are en route to the scene where two persons have been shot at 6800 Utah about 5:55 today. One person was pronounced dead at the scene, a second was transported to the hospital. #hounews

Spot Williams told Eyewitness News that his niece and nephew were inside the home when the shooting happened.

"She said they busted in the door and pointed a gun at her and told her to get back, and they shot him," Williams said.

Williams said his nephew is the victim who died during the robbery. The other victim was taken to a hospital in critical condition.

Witnesses told police they had no time to react when the intruders came through the door.

"She just said somebody (ran) up in the house and pulled a gun and shot them," Williams said.

Police said they are familiar with the home where the shooting happened, but they refused to elaborate.

Family members said the man who died was a father of three and they won't understand why anyone would do this.

"He would give the shirt off his back," Williams said. "I don't know why they killed him."