Wrecker driver killed on the job remembered at vigil 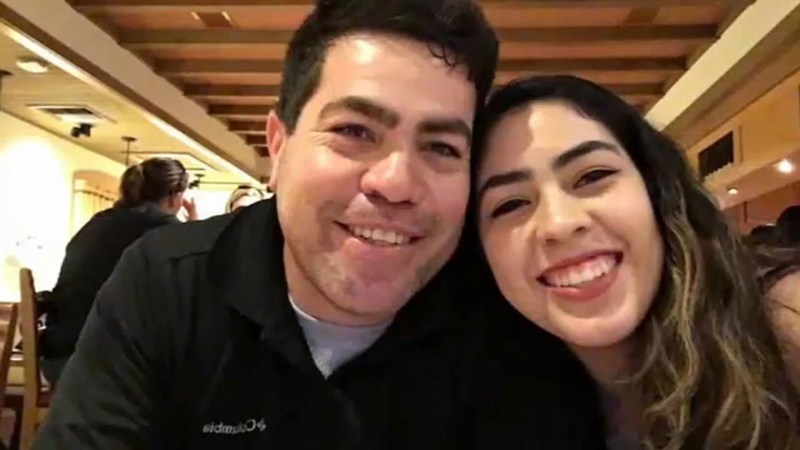 Vigil held in honor of wrecker driver killed on the job

HOUSTON, Texas (KTRK) -- A vigil was held Sunday night in a north Houston apartment parking lot where a tow truck driver was killed.

Augustin Martinez had taken a customer home to an apartment complex as a courtesy, when he got into a confrontation with the man who would become his assailant.

Houston police say a man fired several shots into the front window of Martinez's truck, fatally wounding him and injuring his passenger.

Police have identified Idelfonso Gamez Torres as a person of interest in Martinez's murder.

Just before the argument began, Martinez took Torres' picture on his cellphone.

ORIGINAL STORY: Man wanted for questioning in murder of tow truck driver who took his photo before death

Sunday night, longtime friend Luis Castillo said that was a routine for Martinez. "Whenever someone would start arguing with people, he'd take their pictures for his own safety. In this case, it was a good picture."

Police have not located Torres, and anyone who knows where he can be found is asked to call Houston Crime Stoppers at 713-222-TIPS.

A viewing will be held Wednesday evening from 4-8 p.m. at the Esperanza Funeral Home on Lyons Avenue.

A procession of tow trucks will leave the Parking and Towing Experts lot Wednesday afternoon and proceed to the funeral home. It was the business Martinez started.