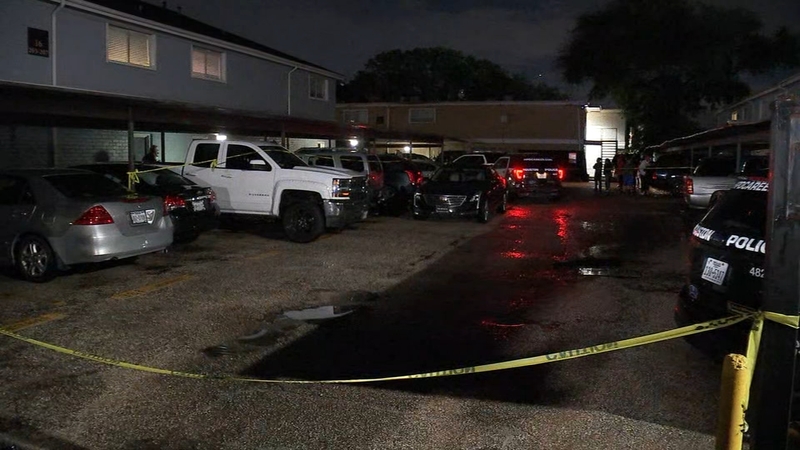 During a briefing, Assistant Police Chief Wendy Baimbridge said officers arrived at an apartment complex off of Blalock Road near Long Point to find one man shot in the stomach and two others dead.

The man who called 911 was the victim who was shot in the stomach, police said.

Police initially tweeted that paramedics took the injured man to the hospital in critical condition. A follow-up tweet confirmed that the victim was pronounced dead at the hospital.

Third victim deceased at the hospital. 202

Neighbors told investigators they heard approximately eight gunshots. Police are now searching for two men. They say one of them ran off and was seen heading north on Blalock. The other suspect drove off in an unidentified pickup truck.

Police are searching the area for any surveillance video that could help their investigation.