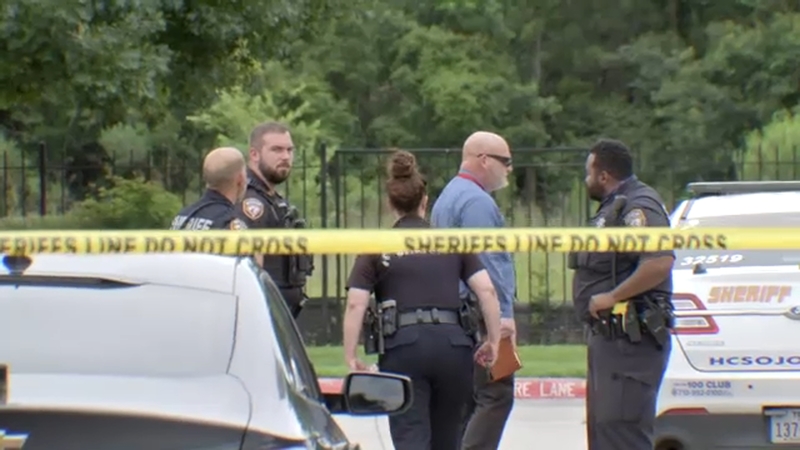 HOUSTON, Texas (KTRK) -- A man was killed during a shootout at an apartment complex in the Humble area, investigators said.

It happened in the 7800 block of North Sam Houston Parkway near Mesa Drive Friday afternoon.

Sgt. Dennis Wolfford with the Harris County Sheriff's Office Homicide Unit said deputies received a call around 12:40 p.m. from someone reporting an "ongoing disturbance" between a man and a woman inside one of the apartments. Shots were fired shortly after, he added.

When deputies arrived, they found a man, described as a Black male, lying in the doorway of one of the apartments.

"He appeared to have been shot at least one time," said Wolfford.

Another man who was seen leaving the area has since been detained. Wolfford said that man lives in the apartment where the shooting happened with the woman.

Two children were also inside the apartment during the shooting but were not injured.

"We believe it's some kind of domestic violence related homicide," said Wolfford.

It's unclear what led up to the shooting and no arrests have been made.