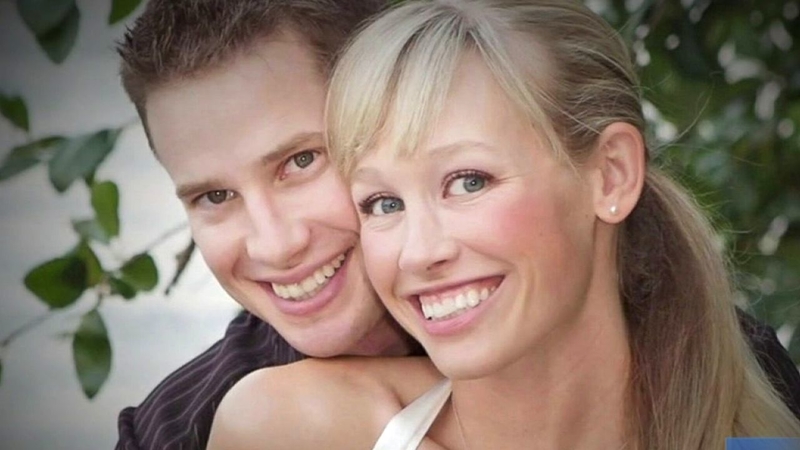 REDDING, Calif. -- There has been a major development in the case of Sherri Papini, the missing California woman was found last week.

Papini, 34, went missing November 2 and was found safe Thanksgiving morning - 22 days later and 150 miles away. Papini's husband said his wife was covered with bruises and burns and was chained at the waist and wrists when she was found on Thanksgiving.

Among her injuries, police now say she was branded with a message burned into her skin.

"I would think that that's some sort of either an exertion of power and control and or maybe some type of message that the brand contained," Shasta County Sheriff Tom Bosenko said. "It is not a symbol, but it was a message."

"Rumors, assumptions, lies, and hate have been both exhausting and disgusting," he wrote. "I understand people want the story, pictures, proof that this was not some sort of hoax, plan to gain money, or some fabricated race war. I do not see a purpose in addressing each preposterous lie."

Shasta County Sheriff Tom Bosenko told the AP on Monday that investigators have no reason to doubt the harrowing tale told by 34-year-old Sherri Papini.

Keith Papini said his wife weighed just 87 pounds and the bridge of her nose was broken when she was tossed from a vehicle along Interstate 5 near Sacramento with her hands restrained and a bag over her head.

Her signature long, blonde hair had been chopped off.

Her husband said she used the bag to flag down help after she managed to free a hand. Since then, police have been looking for two women driving a dark-colored SUV.

Bosenko said Sherri Papini was unable to recall any details about her abduction when first questioned soon after being found. He said victims of traumatic experiences sometimes suffer from memory loss regarding the events.

"The mind can block out some of that traumatic event," he said.

Bosenko said it was apparent that Sherri Papini had been battered, but she was not admitted to a hospital that treated her injuries, which Bosenko declined to discuss in detail.

Papini, the mother of two young children, disappeared while jogging Nov. 2 near her home in Redding, California, about 140 miles north of Sacramento. Her husband was cleared as a suspect after passing a polygraph test.

When she was released, her face was "covered in bruises ranging from yellow to black because of repeated beatings, the bridge of her nose broken," Keith Papini said in his statement.

"My Sherri suffered tremendously and all the visions swirling in your heads of her appearance, I assure you, are not as graphic and gruesome as the reality," he wrote.

Bosenko said the case is puzzling for a number of reasons, including motive. He said no ransom demand was made and the Papinis are of modest means

Bosenko also said he hopes to elicit a better description of the suspects, including one who is thought to be armed with a handgun.

Family members previously called Sherri Papini a "super mom" who would never abandon her family. Her husband reported her missing when she failed to pick up their two children from day care.

Her headphones and cellphone were found near the site where she was last seen.

"She could drop her phone, but she would never in a million years not pick up our children at the time that she normally would have," Keith Papini told "Good Morning America" before his wife was found.

Below is Keith Papini's full statement to "Good Morning America."

The first thing I would like to address is the overwhelming amount of gratitude our entire family has for the thousands of people that have been on this torturous journey with us. I cannot possibly name each and every person, although their names are eternally etched in our hearts. Thank you to our strong family, devoted friends, the entire Redding community, and countless communities around the world. Specific thanks to the Shasta County Sheriff"s department, FBI, NorCal Alliance for the Missing, The Lost Coast Trackers, Shasta Support Services, The Guardian Angels, my own personal A-Team, Cameron Gamble, Cody Salfen, Jim Linnan, Sean Ditty, Don Armstrong, Yolo County Sheriff's department and hospital, the medical personnel that helped our dear Sherri, social media, and many news outlets. Thank you to LRT Graphics and Signarama. Thank you to the extremely generous, anonymous as well as named donors all over the world whom selflessly gave to our family. Thank you to the many incredible humans that have never known Sherri that facilitated in sharing our heart break across the globe. Sherri has always captured my heart and it is no surprise that she has captured the hearts not only through the country, but throughout the world. Thank you, truly, immensely, sincerely, and with my entire heart.

Secondly, we live in a nation of free speech, accompanied with an era of technology that provides immediate gratification. This is a double edged sword. I am grateful for this system as it is what spread my wife's face quickly throughout the world, gaining the attention of thousands. The unfortunate side is that some people have been sitting in angering, expectant, positions waiting for the gory details.

Rumors, assumptions, lies, and hate have been both exhausting and disgusting. Those people should be ashamed of their malicious, sub human behavior. We are not going to allow those people to take away our spirit, love, or rejoice in our girl found alive and home where she belongs. I understand people want the story, pictures, proof that this was not some sort of hoax, plan to gain money, or some fabricated race war. I do not see a purpose in addressing each preposterous lie. Instead, may I give you a glimpse of the mixture of horror and elation that was my experience of reuniting with the love of my life and mother of our children.
Nothing could have prepared me for what I was about to see upon my arrival at the hospital, nor the details of the true hell I was about to hear. The mental prison I was in over the past three weeks was shattered when my questions of my wife's reality became known.

The officers warned me to brace myself. My first sight was my wife in a hospital bed, her face covered in bruises ranging from yellow to black because of repeated beatings, the bridge of her nose broken.

Her now emaciated body of 87 pounds was covered in multi colored bruises, severe burns, red rashes, and chain markings. Her signature long, blonde hair had been chopped off. She has been branded and I could feel the rise of her scabs under my fingers. She was thrown from a vehicle with a chain around her waist, attached to her wrists and a bag over her head. The same bag she used to flag someone down once she was able to free one of her hands. Sherri was taken from us for 22 days, and suffered incredibly through both intense physical agony and severe mental torture. My reaction was one of extreme happiness and overwhelming nausea as my eyes and hands scanned her body. I was filled with so much relief and revulsion at once. My Sherri suffered tremendously and all the visions swirling in your heads of her appearance, I assure you, are not as graphic and gruesome as the reality.

We are a very private family whom do not use social media outlets prior to this grotesque tragedy. My love for my wife took precedents and it was clear we had to be exposed in ways we never would have been comfortable with. So please have a heart and understand why we have asked for our privacy. This will be along road of healing for everyone. Ultimately, it was Sherri's will to survive that brought her home. Thank you.