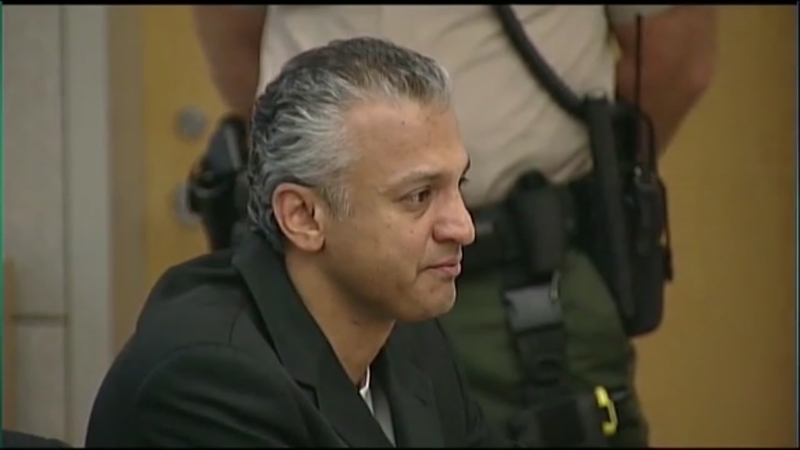 SAN DIEGO, California -- An actor who was featured in "The 40-Year-Old Virgin" had his parole upheld this week after serving eight years of a life sentence in prison for stabbing his ex-girlfriend more than 25 times.

Shelley Malil was arrested in 2008 after the near-fatal stabbing of his ex in the San Diego, California-area.

Prosecutors said the actor showed up at the woman's home and stabbed her. He then tried to suffocate her.

Malil admitted to the attempted murder and was sentenced to 12 years to life in prison.

This past January, however, the California Parole Board agreed to release him, and the governor's office pressed the board to reconsider the move.

This week, Malil's ex-girlfriend testified via video conference, telling the board that he's still a threat.

"I let the parole board know that he stabbed me over 25 times. And after that didn't kill me, he tried to suffocate me," said Kendra Beebe, Malil's former girlfriend.

For his part, Malil told the board he's a changed man, citing self-help courses and participating in Alcoholics Anonymous while behind bars. He told members he intended to move to Texas to help his parents.

After the release was upheld, Beebe doesn't believe Malil will move out of state.

"Society is at risk. He's going to get back out there and he's going to start dating again, and when things don't go his way, I'm afraid he's going to relapse because this has been his whole pattern," she said.

Malil's due to be released sometime this fall.

Malil played Haziz, a co-worker of Steve Carell's character in the 2005 film "The 40-Year-Old-Virgin."