What is shallow water blackout and how to prevent it

College student, Joseph Pedrotti, was killed in a Florida swimming pool while on spring break
ABCNews
By Alex Presha 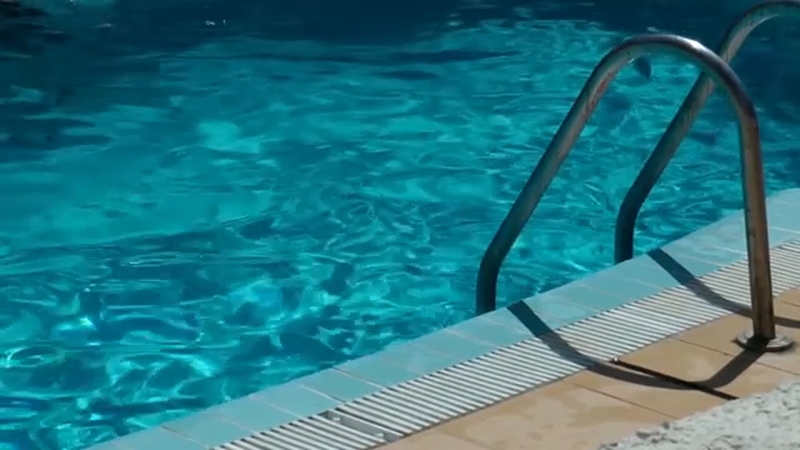 What is shallow water blackout and how to prevent it

As spring turns into summer and we head into the water for some relief, there is a phenomenon known as "shallow water blackout" that causes swimmers to faint underwater with deadly results.

"Joe was -- he was the best,' said Angie and Marc Pedrotti. "He was so much fun and we really miss him. He was a great person."

For the Pedrottis, the pain is still raw. Their firstborn, 21-year-old son Joseph was a standout student and athlete, and he was just a semester away from graduating college. 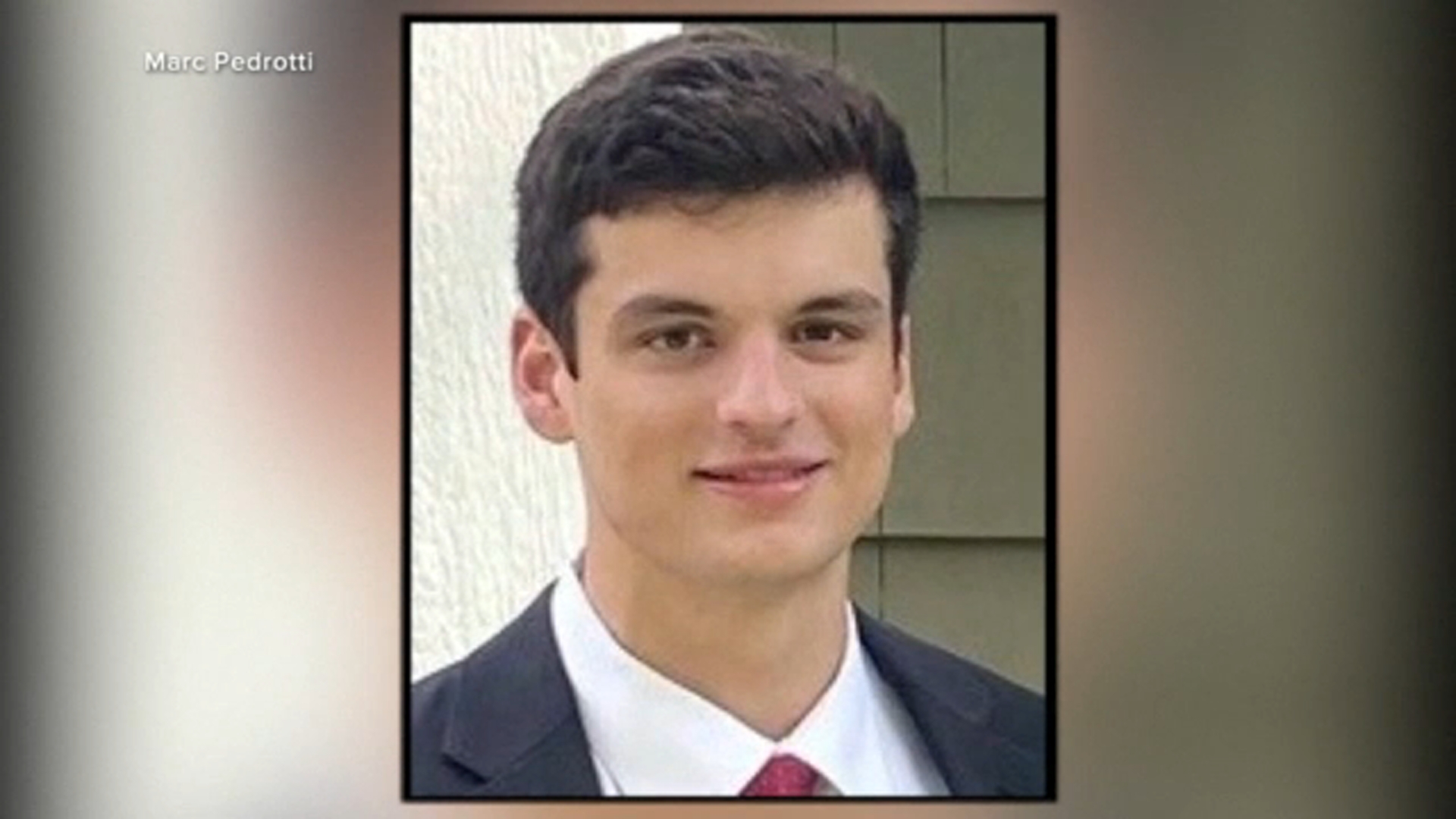 Joseph Pedrotti, 21, died from a shallow water blackout, according to his obituary.

"He was just getting ready to start the next phase of his life, of being on his own, being an adult," they said.

However, at the end of March, he was in Panama City, Florida for spring break with friends.

The video shows a group of people linking arms and cheering after successfully bringing the woman back to shore.

They were hanging out at the hotel pool when Joe bet he could hold his breath long enough to swim around the pool in one breath. He was a solid swimmer, as well as a big guy. He stood at 6'6" tall and the pool he was in was just 4' deep.

He took off and after around a minute, his friends spotted him facedown and unconscious," ABC News reported.

"Then that's when his friend saw him, and they got him out and gave him CPR and called the ambulance," the Pedrottis said.

Joe's obituary said the young adult died of shallow water blackout, which happens when a person holds their breath for an extended period, pushing themselves beyond the breaking point.

"What happens is, they use up so much oxygen that they don't have sufficient oxygen in their bloodstream to keep them conscious and they blackout on the water. They literally faint underwater," said Tom Griffiths, founder and president of Aquatic Safety Research Group. 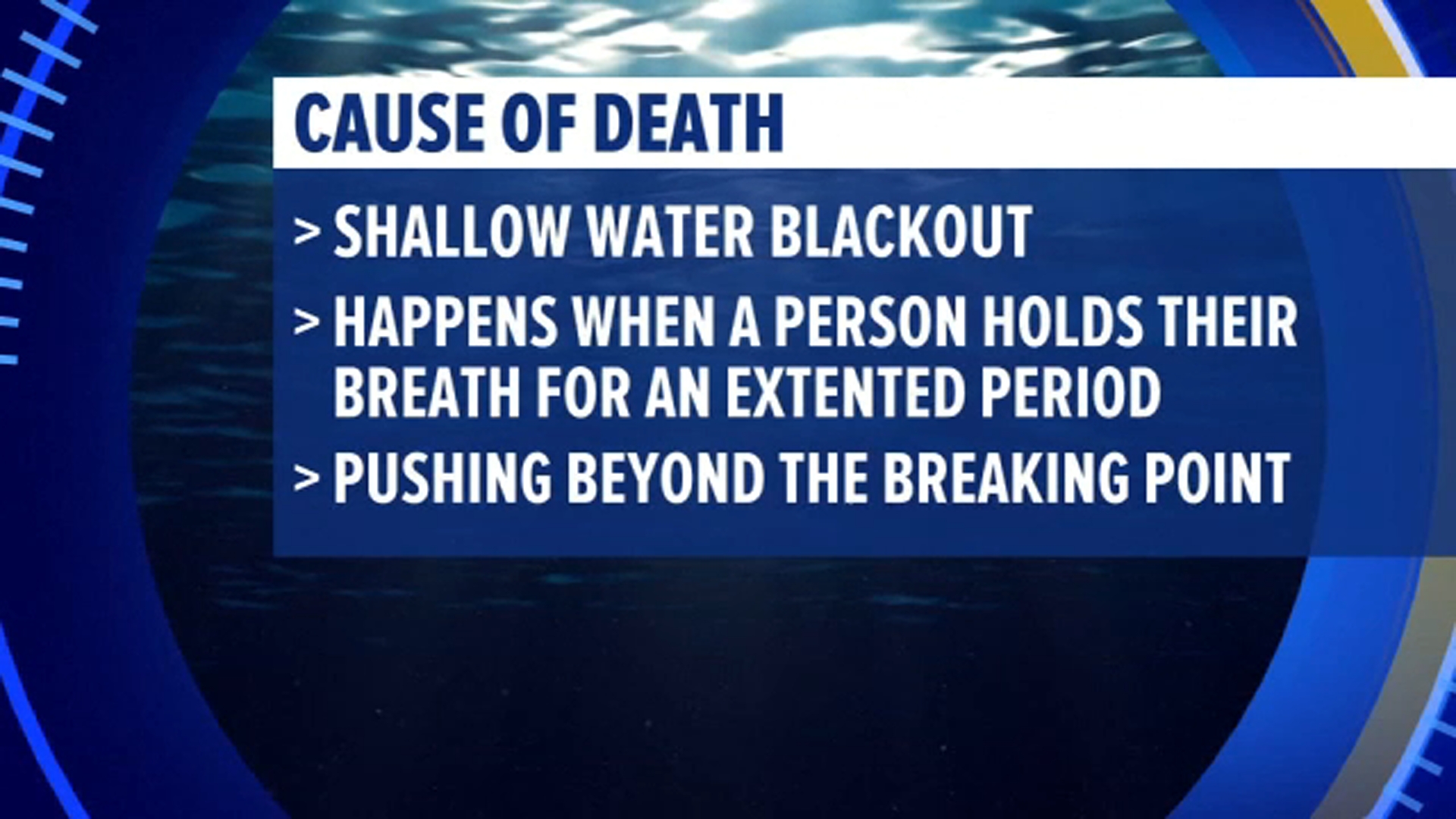 Now, as summer approaches and the swimming season gets underway, experts warn that shallow water blackout could become more common. They also point out that it is different than drowning, which typically occurs with inexperienced swimmers

"The major difference here is the people who succumb to shallow water blackout are not novice swimmers," Griffiths said. "Superior swimming skill and breath-holding ability, and that drive to push themselves beyond their limits."

In fact, it's something Olympic legend Michael Phelps is warning people about in recent public service announcements, or PSAs.

To prevent shallow water blackouts, experts say: You should never swim alone, or ignore the urge to breathe; Swim around a certified lifeguard; and don't attempt long or repetitive underwater swims. 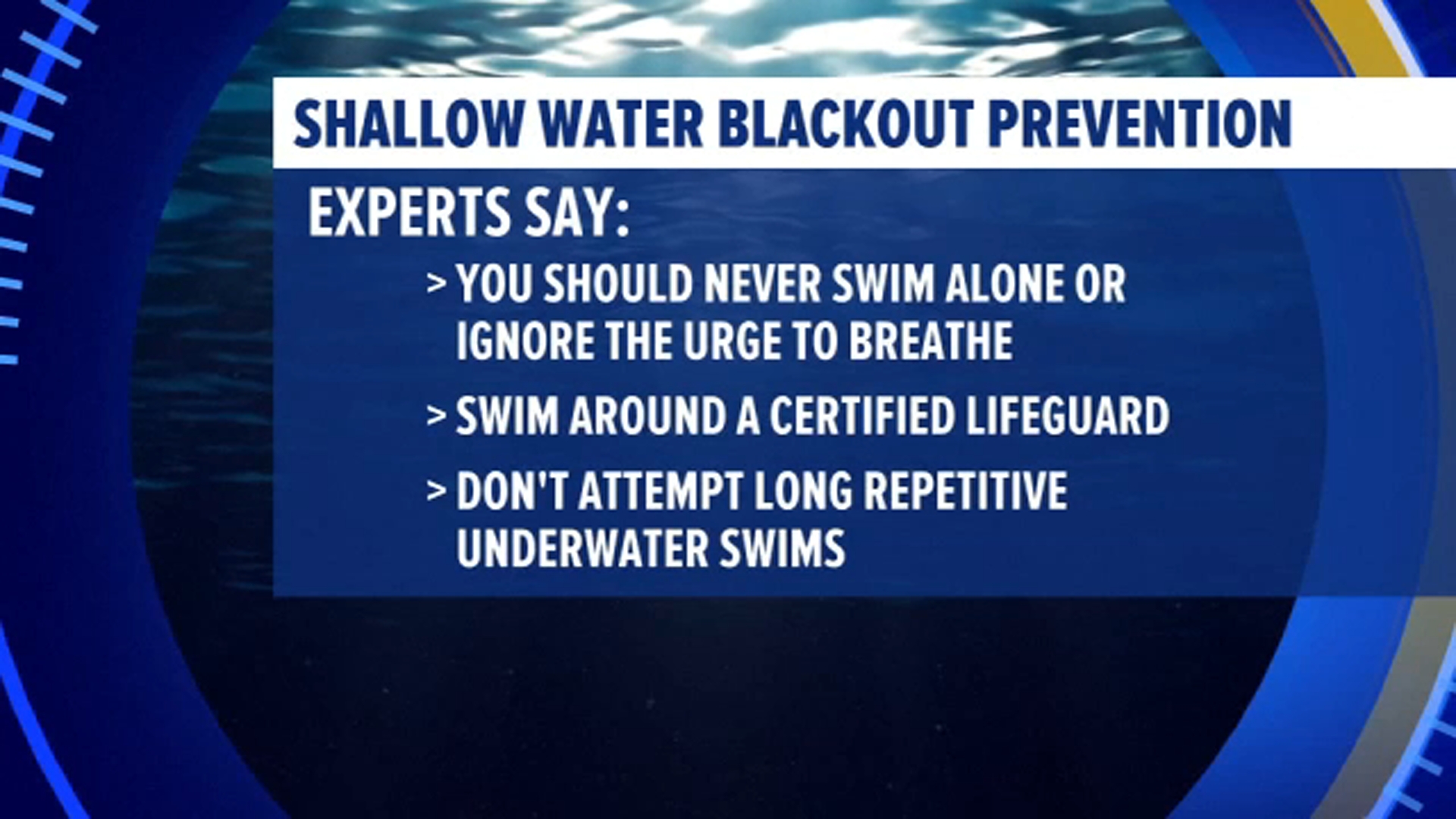