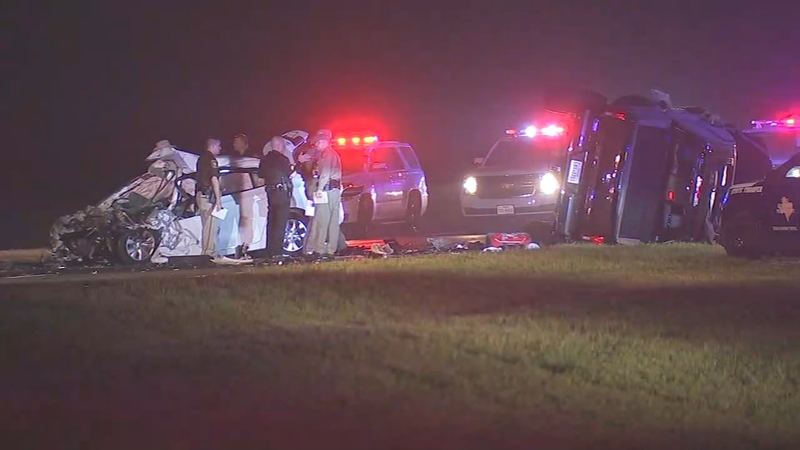 Fort Bend County deputies say they tried to stop a wrong-way driver before the deadly crash on SH99 near West Bellfort.

The crash happened early Tuesday, shutting down the southbound lanes of SH 99 from Bellaire to Mason Road.

According to authorities, a deputy was transporting someone to the hospital when they saw a black truck going north in the southbound lanes. Deputies tried to get ahead to stop the vehicle and set up spikes at Mason and SH 99 but the suspect kept driving.

After the first failed attempt, other deputies were able to go further north to set up more spikes at Mason and SH 99. During the setup, the black truck crashed into a white car. The driver of the white car was killed and the driver of the truck was taken to the hospital in critical condition.

Authorities believe intoxication may be a factor but they are waiting to get the suspect's blood results.