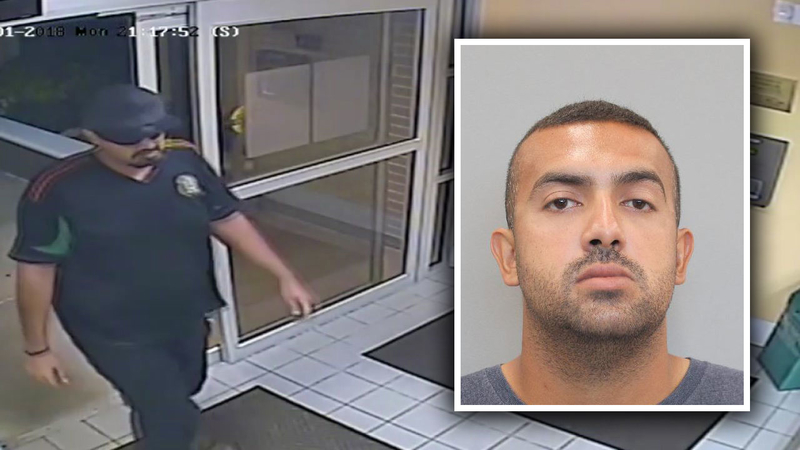 HOUSTON, Texas (KTRK) -- The hunt is on for a violent rapist accused of brutalizing a 77-year-old woman.

In an emotional news conference Monday morning, Jaling Bonnem said her mother is a survivor as she pleaded for the public's help.

"She always goes out of her way to help people. For something like this to happen to her, she has been brutalized," said Bonnem. "To the person out there, I use the term person loosely. I hope you get what's coming to you."

The Harris County Sheriff's Office released video from inside the living facility in the 13800 block of Canyon Hill Drive in Houston. Investigators said it shows the rapist enter the facility on October 1 around 8 p.m.

They said he broke into a secure area where he pretended to be a maintenance man. He covered the victim's peep hole before making his way inside her apartment. He then dragged the woman to the bedroom, raped her, stole her money, and fled the facility.

Investigators say the suspect's facial hair and glasses may be part of his disguise. He's described as a Hispanic male, 6 feet, 220 pounds, black hair, brown eyes, and goatee. He's seen wearing a black baseball hat, black shirt, black pants, and brown work style boots. He has tattoos underneath his left arm near his elbow.