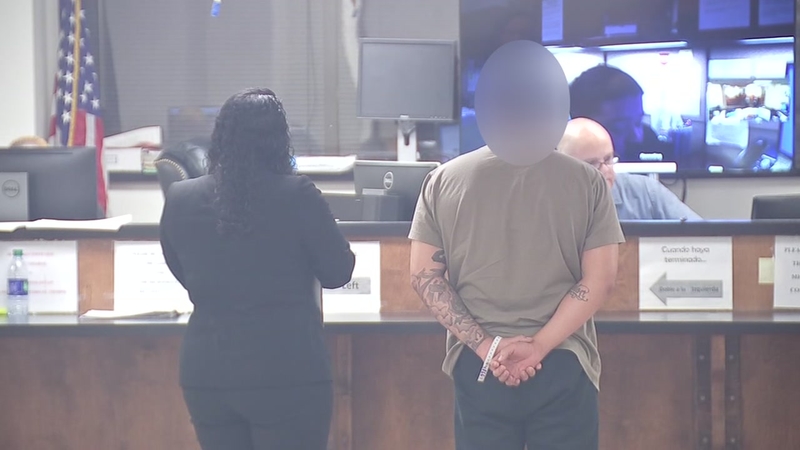 On Friday morning, a judge set Mar's bond at more than $1 million.

"He met them on social media," said Lt. Jacinda Gunter. "Once he convinced them to meet in person, there was no second date. He sexually assaulted them the first time."

Police say there are eight victims that they know of and want any additional women who may have been assaulted to come forward. Police believe there may be up to 10 victims.

Six of those eight cases occurred in the City of Houston, one in Harris County, and one in Montgomery County.

"I really think this really was whoever would agree to meet him. Who knows how many women he was talking to on social media. And whichever ones agreed to meet him, that's where he went," said Gunter.

In Aug. 2017, Mar reportedly met a woman on the dating website MetMe and forced her in the back of his vehicle, threatened her with a knife and raped her.

Prosecutors said when he was finished, he stole her phone and drove away.

The woman went to a hospital and a sexual assault exam was performed. Police confirmed they found Arturo's DNA.

"On October 1, officers received a case to case CODUS match between male DNA recovered from the swab-stick and from the complainant in this case and an additional case number from the Harris Co Sheriff's Office, where another complainant described a similar sexual assault," prosecutors said.

Eyewitness News spoke to Mar's mom who says she knows her son met women online, but there's no way he's a serial rapist.

At this time, authorities have not released a photo of Mar, and they have not identified all of the apps Mar may have used. .

Gunter said women need to be careful where they meet someone.

"When you meet someone on social media, you really don't know who you are talking to, you are relying on what they are telling you, what they reported to the social media, so its really a bad idea to meet someone that you've only met online, in a private place," said Gunter.

"Tell someone where you're going and who you are going to meet. Drive yourself in your own car," said Gunter