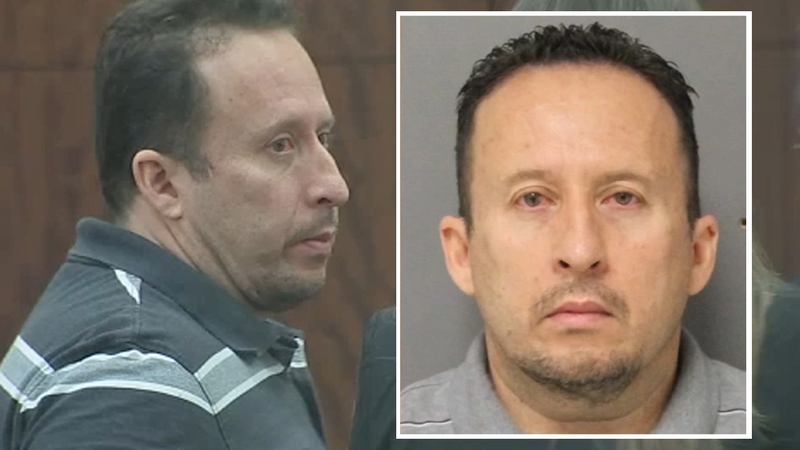 HARRIS COUNTY, Texas (KTRK) -- A former third grade teacher now faces more charges after he was accused of inappropriately touching four female students, all of whom are in his third grade class.

Danilo Martinez, 47, was out on bond for two charges of indecency with a child.

Now, he's back in custody and is facing two new charges. Prosecutors add there could be more charges to come. The former Spring ISD teacher turned himself in on Wednesday.

"There were several third grade girls that were talking about a teacher touching them inappropriately," said Michael Simons, assistant district attorney in the Child Abuse Division of the Harris County District Attorney's Office. "Through that outcry, there was an investigation done by Spring ISD."

One of the charges he's facing is continuous sexual abuse of a child.

"So, for a continuous sexual abuse of a child charge, there needs to be multiple instances of inappropriate conduct," explained Simons.

Court records state some of the victims were touched at a Christmas party.

One victim said he started touching students at the beginning of the school year. She said the touching happened at Martinez's desk.

Initial charges were filed in January involving two victims. Now, prosecutors said there are two more. Spring ISD said the district immediately fired Martinez, who himself is a father of a 14-year-old.

"Spring ISD Police have continued to investigate allegations against Danilo Martinez, a former third-grade bilingual teacher at Eickenroht Elementary School. The investigation has resulted in an additional charge against Martinez by the Harris County District Attorney's Office of continuous indecency with a child.

As soon as the school and district were made aware of the allegation in December, Martinez was immediately removed from the classroom, and his students' parents were notified. His employment with the district has been terminated.

The safety of our students is our highest priority. We are extremely concerned that a charge of this nature has been brought against a teacher in the district.

We continue to ask any families who have information, which might help our Spring ISD Police Department with further investigation, to please call 281-891-6911."