JERSEY VILLAGE, Texas (KTRK) -- A family visiting from California is mourning the loss of their beloved service pig Honey after the rental car she was left alone in was stolen in Jersey Village.

It happened on Wednesday at the Quality Suites hotel near US-290 and Jones Road.

Mandy Oslin, the pig's owner, spoke with Eyewitness News on Friday and said she brought her children to Houston to see their father. She said when she took her kids upstairs to the room, she left Honey in the car. 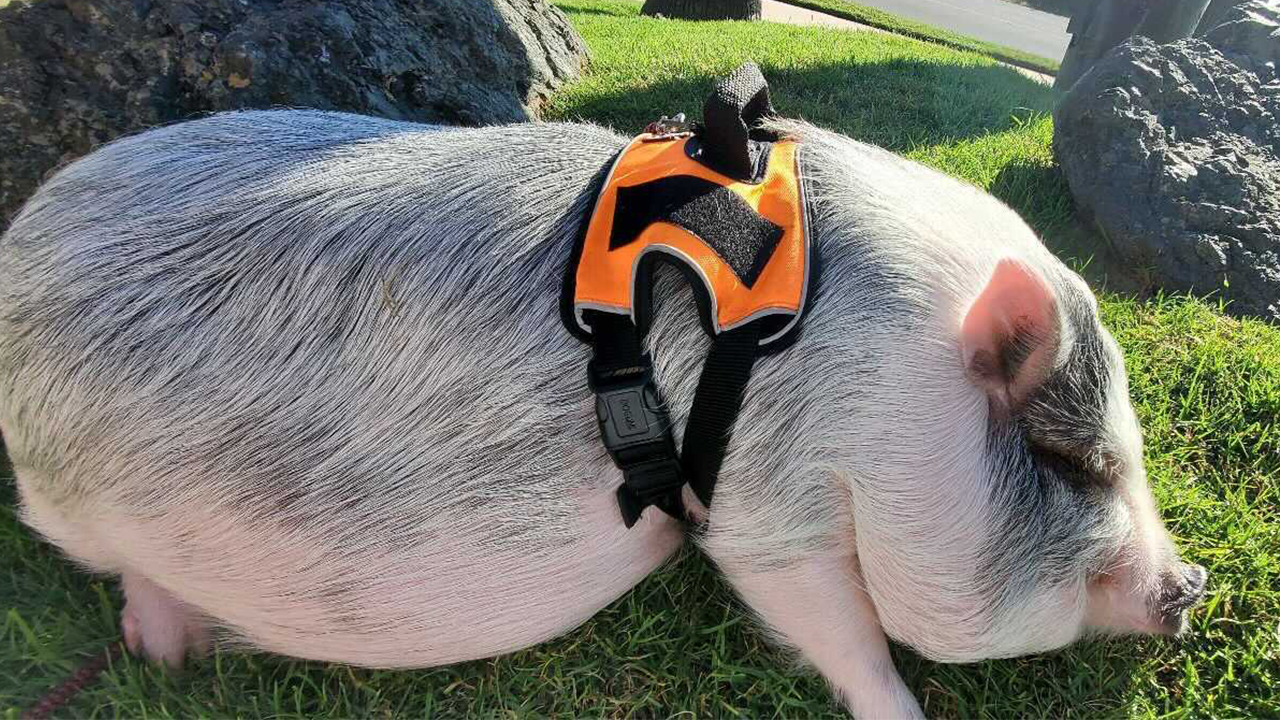 When she got back, both the car and Honey were gone.

Oslin said Honey was only 1 year old. The animal was brought into the family as a "healthy distraction" for her children, who suffer with anxiety brought on by the pandemic. 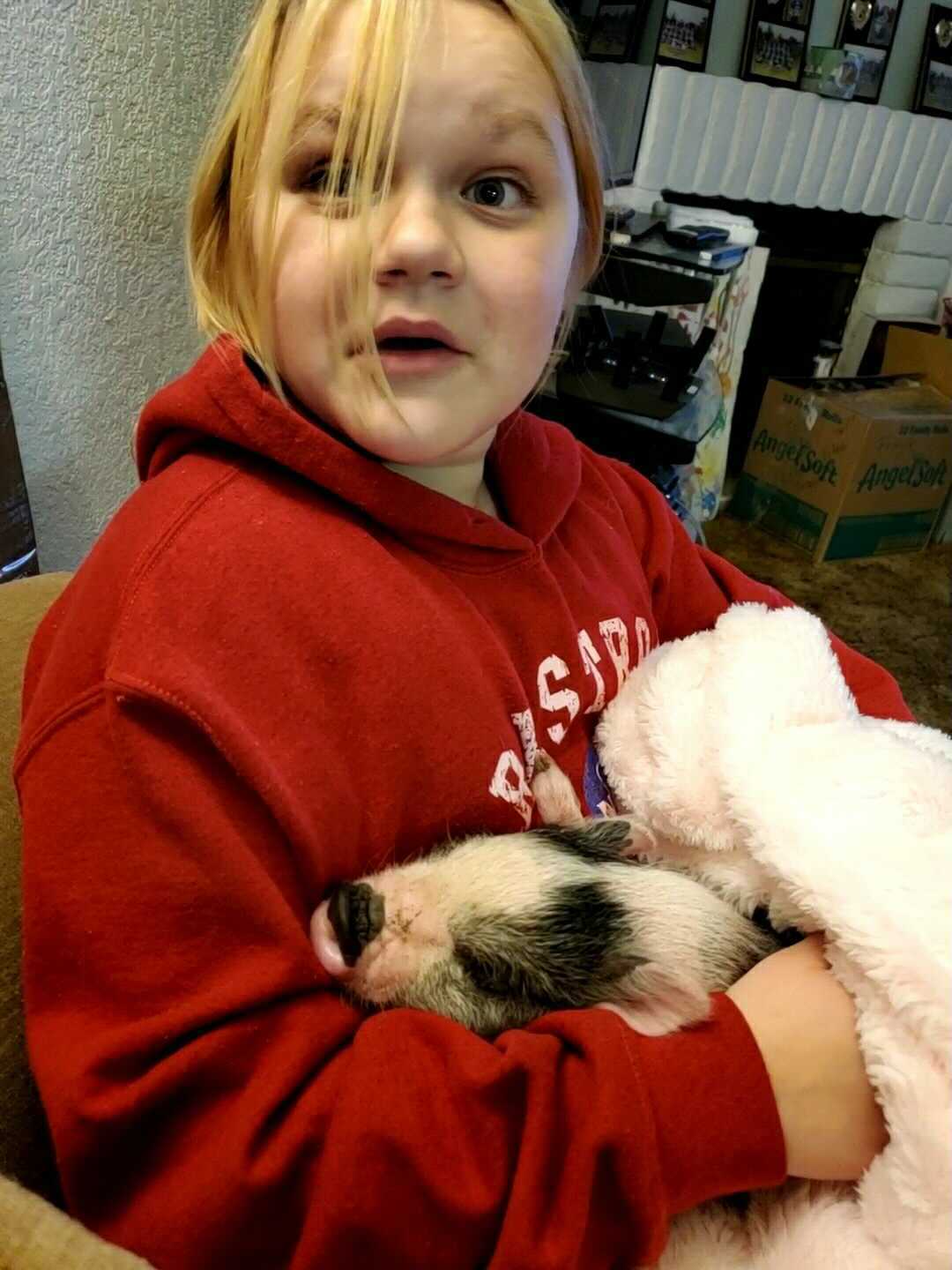 The family is now stuck in Houston until Honey can get back home. 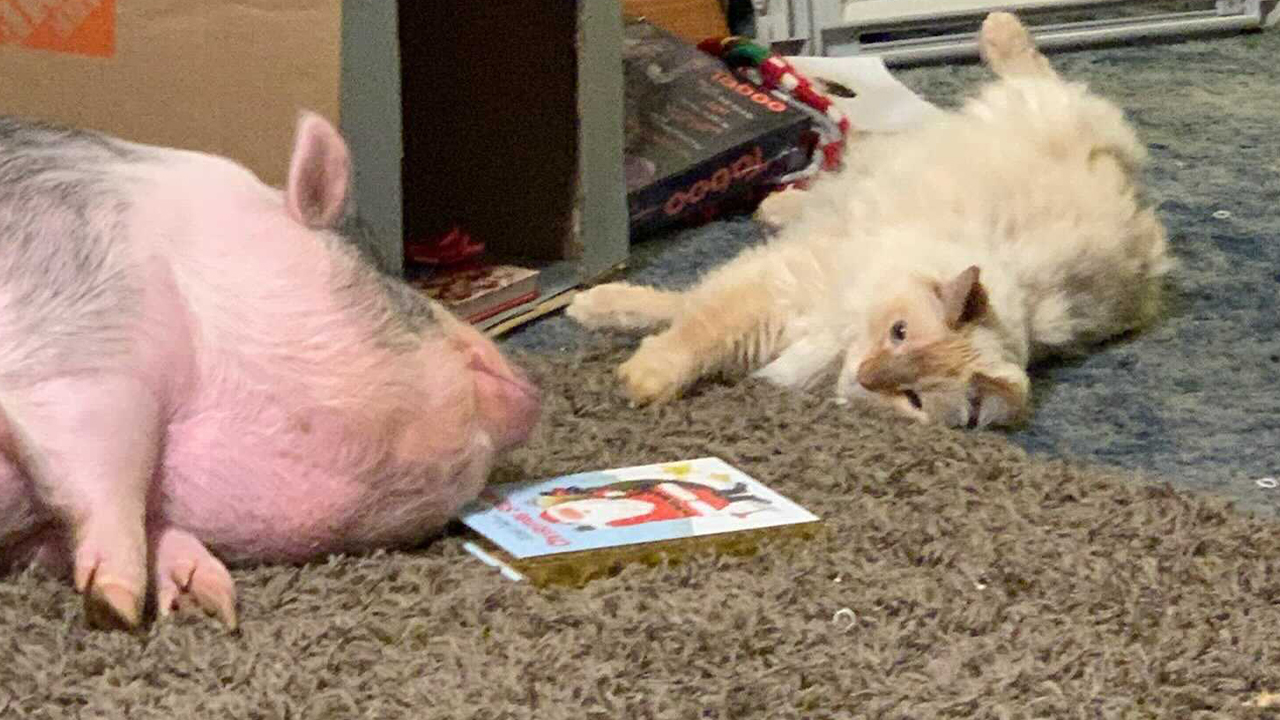 Meanwhile, the case has since prompted an administrative investigation within the Jersey Village Police Department.

Police issued an update on Friday saying a man was seen driving Oslin's rental car through the parking lot of the hotel Wednesday morning. He parked the vehicle near the hotel's pool area around 8:17 a.m. and was seen leaving, police said.

The next morning, an officer came across the vehicle with Honey inside and informed the hotel's manager.

Hours later, another officer, who was patrolling the area, noticed the pig was still alive in the vehicle.

Deputies with the Harris County Precinct 5 Constable's Office, along with its livestock unit, responded to the scene around 5:20 p.m. on Thursday to care for Honey, who later died.

The suspect is being described as a 6-foot-tall man who weighs between 180 and 190 pounds. Police said his skin tone is medium brown. He was seen wearing a black beanie covering his head, a red T-shirt, dark-colored shorts and black Nike shoes.

When Eyewitness News asked Precinct 5 investigators why the livestock unit was not contacted when the officer first spotted the animal, they said the agency is conducting an administrative investigation and could not comment any further.

Meanwhile, the Oslin family has since created a GoFundMe to help bring Honey home to California.