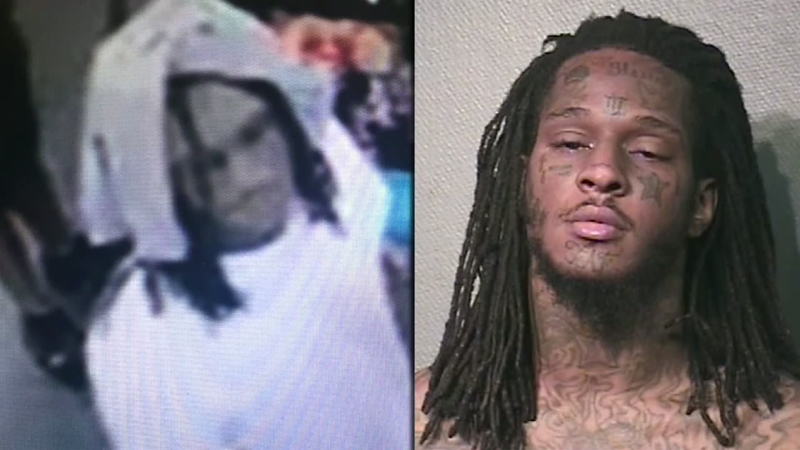 Man Suspected of 6 robberies in one day still at large

HOUSTON, Texas (KTRK) -- Police are asking for the public's help in finding a possible serial robber.

Darryl Ward, 32, is charged with robbing a Family Dollar on Martin Luther King and Van Fleet Street on July 3.

Ward is also suspected of committing five other robberies on the same day.

Here's a timeline of those robberies:

In the robberies, it appears that Ward approached the register with a gun and demanded money.

Surveillance video captured the robbery at the Family Dollar on MLK where Ward faces criminal charges.

The video shows Ward approaching the register with his gun, and a customer yelling out, "He has a gun."

Ward reportedly ran off without any cash.

Police say it appeared as though Ward put on makeup to possible conceal the eight tattoos, including a large star on his cheek and a forehead tattoo.

A witness told Eyewitness News that they could see the tattoos through his heavy makeup.

Investigators are looking for anyone who may have worked with Ward.