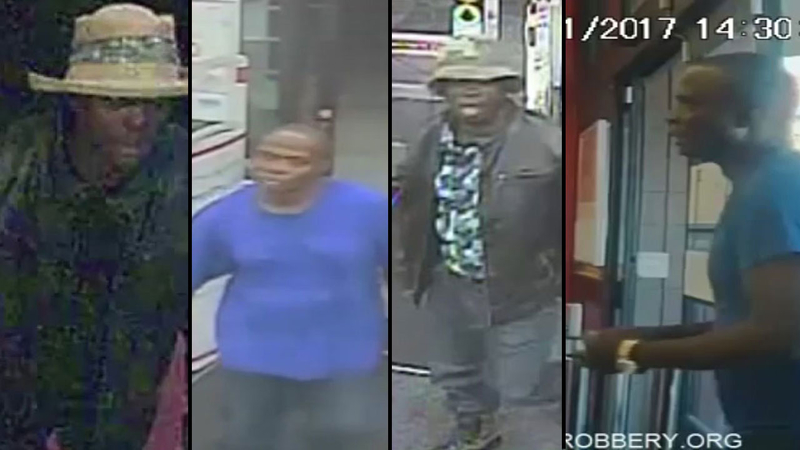 HOUSTON, Texas (KTRK) -- In less than three weeks, Houston police say a serial robber has held up employees of 15 businesses and shows no signs of letting up.

The unknown man has committed robberies the same way each time, walking up to the counter with the appearance of trying to buy something.

But then, the suspect hands the employee a note threatening to shoot the clerk if he or she does not hand over money from the register.

When the suspect held up a Trader Joe's employee back on December 7, he or she told police they saw what appeared to be a handgun in the suspect's waistband.

MAP: Where police say the serial robber has struck

One store, a Walgreens Pharmacy on Almeda Road in the Museum District, has been hit twice in one month by the suspect.

Most of the robberies have occurred between the area bordered by I-10 and The Heights to Montrose and the Museum District along the Southwest Freeway.


Here is a closer look at the armed robber's trail of terror, according to police:

If you know who this man is, call Crime Stoppers at 713-222-TIPS. You can also submit an anonymous tip online at www.crime-stoppers.org.

Police say this man is wanted in more than a dozen robberies in Houston.