FIGHT FOR SURVIVAL: One move that can help you escape an attack 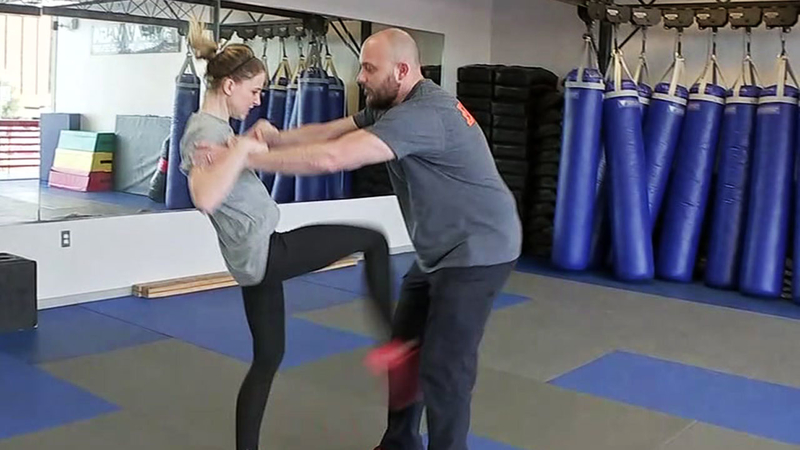 FIGHT FOR SURVIVAL: One move that can help you escape

HOUSTON, Texas (KTRK) -- A barbaric attack in a Memorial City Mall bathroom has many people on edge.

For men who attack women, the assault is an issue of power. They do it to feel empowered over someone else.

The victim was at the sink and noticed a man behind her, but it was too late.

Police said he choked her, then kicked and beat her, leaving her jaw broken.

But a vicious attack like this can happen anytime, anywhere in Houston.

But if you find yourself under attack, it's important to act. He says some basic self-defense training is key.

"The motion she's going to use to defend this particular attack is the exact same thing that lady would use to defend a bag being wrapped around her throat," Drake said.

For now, the attacker and the fear he inspired are still out there.

But even after he's caught, Drake says it's always a good idea to be prepared.

"We have to remember that people like that exist and don't be so surprised when something like this happens," Drake said.

ABC13's Marla Carter speaks exclusively with the father of a woman who was found brutally beaten inside Memorial City Mall.